Supernatural forces are at play in the just-released full trailer for Prime Video’s “Paper Girls.”

The series, based on the graphic novel by Brian K. Vaughan and illustrated by Cliff Chiang, is set in Cleveland, Ohio in 1988. It follows four preteen newspaper delivery girls who, while out on their paper routes in the early morning hours after Halloween, “become caught in the crossfire between warring time-travelers, changing the course of their lives forever,” per a logline from Amazon Studios.

In the new trailer (which you can watch above) the “Paper Girls” meet for the first time while preparing to deliver the news. Their friendships grow as they work alongside each other as colleagues, but an unexpected event will put them to the test when the girls are transported to the future.

The trailer shows them coming face-to-face with older versions of themselves in 2019, as they rely on each other and the adults to try and help them escape the time-traveling police hunting them. 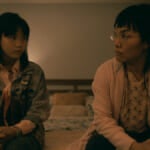 All episodes of the series will be available on Friday, July 29 on Prime Video. 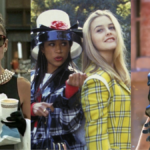