This review of “Parallel Mothers” was first published on Sept. 1 after it’s screening at Venice 2021.

Two years after delivering what many thought — or perhaps feared — to be a valedictory grace note with 2019’s “Pain and Glory” (and one year after the English-language short “The Human Voice” showed that certain authorial voices lose nothing in translation), Pedro Almodóvar has returned with a feature to prove the doomsayers wrong.

A rougher and altogether less cohesive bit of filmmaking than his previous two outings, “Parallel Mothers” instead offers something all the more exciting: The work of an artist who’s reached the top of his craft and asked, “What’s next?”

In this case, the answer comes with a more expressly political conscience, an activist charge the Spanish filmmaker had never before expressed in his work. But as he reflects on the legacy of the Spanish Civil War and the contemporary political debates about exhuming the unrecorded mass graves that still dot the Spanish countryside, Almodóvar hasn’t exactly changed his tune. Instead he’s turned it up, taking another immaculately composed melodrama about mothers and models and chic Madrileñas and holding it up against the harsh light of the outside world. 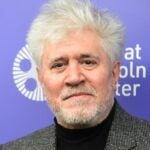 As if the film’s intentionally stagey compositions and on-the-nose title (lifted, incidentally, from a film written by one of the characters in “Broken Embraces”) weren’t enough, “Parallel Mothers” often finds Almodóvar doing Almodóvar, leaning into all of his tics and obsession for this tale of two women whose lives become forever linked when they meet in a maternity ward.

In a delightfully cheeky edit, fashion photographer Janis (Penelope Cruz) turns up at the ward nine-months pregnant and ready to burst just screen seconds after sleeping with Arturo (Israel Elejalde), the forensic anthropologist helping her fight to exhume a hometown mass-grave. At the hospital she meets Ana (Milena Smit), a privileged adolescent who regards her unplanned pregnancy with as much chagrin as Janis treats hers with joy. They soon go into labor and give birth in parallel, and quickly enough, their lives become entwined in ways all too predictable to anyone with even a passing familiarity with melodramatic conventions. 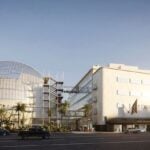 Mind you, first among them would be the filmmaker himself, so Almodóvar simply uses that premise as a launch point for a narrative that packs in a season’s worth of soapy twists without a hint of histrionics. What once might have been fodder for a collection of O. Henry stories is now nothing but an internet-ordered DNA test away, a fact that reflects both the larger thematic concerns about the passage of time and the challenge Almodóvar set for himself to advance the story towards unexpected destinations.

Though the film ably achieves that task,  “Parallel Mothers” never loses itself in an overwrought narrative that, laid out cold on the page, might cause one to scoff in disbelief (all while building towards a finale of political and social reckoning). But then how could it, especially when so many of its pleasures — so much of its very reasons for being — are found in the filmmaker’s by-this-point-beyond-masterful skills behind the camera and with his actors.

With nearly half his film spent in Janis’ (typically ostentatious) Madrid apartment, Almodóvar plays with theatrical affectations, often allowing the background lights to fall out, isolating the lead actress in a pool of black to punctuate key emotional moments. And naturally, the director’s work with actors Cruz and Smit results in typically stellar performances, especially in scenes where the two leads play off one another, wordlessly conveying currents of guilt, tenderness, jealousy and desire. 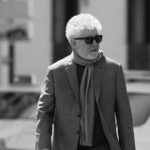 Also Read:
Pedro Almodóvar on the Real-Life Fears and Aches Behind ‘Pain and Glory’

As Ana’s mother Teresa, actress Aitana Sánchez-Gijón (“A Walk in the Clouds”) emerges as the film’s stealth MVP, ably playing against a hair and makeup style designed to make her look impenetrable as she recites a handful of monologues that peel those pretenses away.

But to say that Pedro Almodóvar made another valentine to divas and design, one need only say Pedro Almodóvar made another movie, and so part of this one’s charm comes in that way it subverts those familiar lures. It does so with a degree of anti-climax, tamping down on its more salacious developments sometimes as quickly as they arrive, and allowing the film’s Movie-Movie plotting and blocking to recreate (in a figurative sense) Tilda Swinton’s move at the end of “The Human Voice,” as it waltzes off the soundstage and into the real world.

And if I used the word “rough” earlier in this review, well, that’s because the seams between the film’s earnest and effervescent extremes certainly show, resulting in a couple of awkward swings and off-notes. But even those can sound refreshing coming from a maestro four decades into his career and still pushing and prodding and pulling and plucking, hungry and alive and eager to find all the notes he has yet to master.