Chris Petrikin, Paramount Pictures’ EVP of Global Communications and Corporate Branding, is exiting the studio, according to multiple media reports.

Reps for Paramount and ViacomCBS did not immediately respond to TheWrap’s request for comment.

His departure follows the shakeup at CEO, with Jim Gianopulos set to depart by the end of this year. Petrikin joined Paramount in 2017 and reported to Gianopulos, having previously spent 10 years at Fox as chief communications officer.

It’s possible that others may follow Gianopulos, as other Paramount executives — including Emma Watts, president of Motion Picture Group, and Chris Aronson, president of Domestic Distribution — also worked with Gianopulos at Fox prior to 2017. 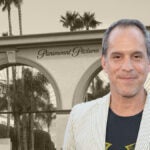 On Monday, it was reported that Brian Robbins, the former star of the 1980s sitcom “Head of the Class” and the founder of AwesomenessTV, would be taking over the reins from Gianopulos. Robbins has earned a reputation for his youth-oriented content at Nickelodeon since he became its president in 2018 and is expected to help the studio prioritize digital content and streaming.

Prior to working at Fox, Petrikin worked at the William Morris Agency from 2002 to 2007. He also worked as a reporter at Variety and Inside Magazine.