Endeavor Group Holdings is nearing a sale of 80% of its scripted-content business, Endeavor Content, to South Korea-based CJ ENM, an individual with knowledge of the talks told TheWrap.

CJ ENM is best known as the producer of the Oscar winning “Parasite.”

The deal would value Endeavor Content’s scripted business at between $900 million and $1 billion, the individual added. News of the pending deal was first reported by The Wall Street Journal. 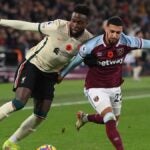 CJ ENM would own 80% of the company, with Endeavor keeping the remaining 20%. Earlier this year, Endeavor said it would reduce its ownership stake in Endeavor Content as part of the agreement between Endeavor-owned WME and the Writers Guild of America.

CJ ENM has been making inroads into the U.S. content business. Last year, the company was part of a $275 million investment round in Skydance Media, which also included RedBird Capital Partners. The company’s entertainment arm has been making major in-roads in Hollywood in recent years. They previously released, through Samuel Goldwyn Films, the drama “Endings Beginnings” and are working on making other English-language remakes of Korean box office hits, including projects such as “Save the Green Planet” with producer Ari Aster, as well as “Extreme Job” and “Bye, Bye, Bye” that are collaborations with Kevin Hart and Universal.

Back in June, CAA sold its majority stake in Wiip, the production studio behind “Mare of Easttown,” to another Korean studio, JTBC Studios. And the impending deal comes in the midst of a wave of M&A activity, including the sales of Reese Witherspoon’s Hello Sunshine, MGM Studios and “CoComelon” creator Moonbug Entertainment. 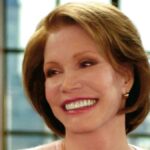