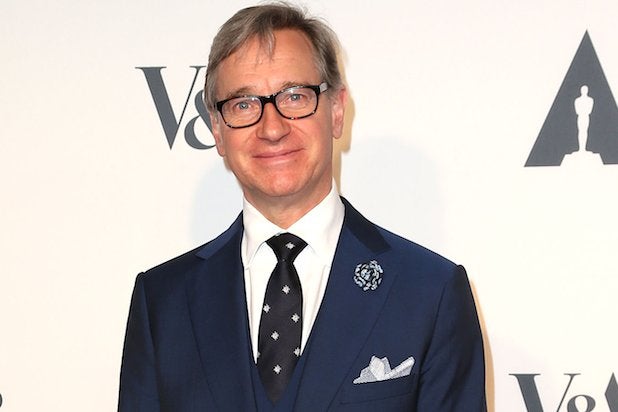 If there’s somethin’ strange in Hollywood, and no one wants to direct a “Ghostbusters” sequel, who you gonna call? Paul Feig, because the “Bridesmaids” director has big plans for a fresh take on the franchise Ivan Reitman brought to life a over quarter century ago.

Following his tweet on Wednesday confirming he’s directing the “new ‘Ghostbusters,'” which he will write with “Heat” screenwriter Katie Dippold, Feig talked to Entertainment Weekly about his “origin” story vision that will not acknowledge the previous films starring Bill Murray, Dan Aykroyd, Harold Ramis and Ernie Hudson.

Also read: ‘Spider-Woman’? ‘Ghostbusters’? Can Women Save the World and Sony, Too?

“I love origin stories. That’s my favorite thing. I love the first one so much I don’t want to do anything to ruin the memory of that,” Feig said. “So it just felt like, let’s just restart it because then we can have new dynamics. I want the technology to be even cooler. I want it to be really scary, and I want it to happen in our world today that hasn’t gone through it so it’s like, oh my God what’s going on?”

Feig, who just directed Rose Byrne (“Neighbors”) in upcoming secret agent comedy “Spy,” says he’s open to cameos from any previous “Ghostbusters” stars, and will even incorporate nods to the original films, but don’t expect any mention of Dr. Peter Venkman or Gozer.

Feig explained that the history of the franchise, especially in light of Harold Ramis’ death, is what was preventing Sony Pictures from making the sequel fans — and Aykroyd — have been talking about for years. But after lunch with studio co-chairman Amy Pascal, he had an epiphany.

See video: Sarah Silverman Wants Equal Pay for Women But a Sex Change For Herself

“She was just saying, gosh, nobody wants to do this. I said, ‘yeah, it’s really hard to take that on, especially since it’s 25 years later.’ How do you come back into a world that’s had these ghosts and all this?” Feig explained. “My favorite thing to do is work with funny women. I was like, what if it was an all female cast? If they were all women? Suddenly, my mind kind of exploded: that would be really fun. And then I thought, well, what if we just make it new?”

As for the female cast Murray imagined at the Toronto International Film Festival, Feig says it’s “awesome,” but “has nobody set in stone” in mind. Whoever he does end up hiring to bring the ’80s franchise into the 21st century, he hopes they can finally end “the question of whether women can be funny.”

“I really cannot believe we’re still having this conversation. Some people accused it of kind of being a gimmick and it’s like, it would be a gimmick if I wasn’t somebody whose brain doesn’t automatically go to like, I want to just do more stuff with women I just find funny women so great,” Feig said. “I go: four female Ghostbusters to me is really fun. I want to see that dynamic. I want to see that energy and that type of comedy and them going up against these ghosts and going up against human detractors and rivals and that kind of thing.”