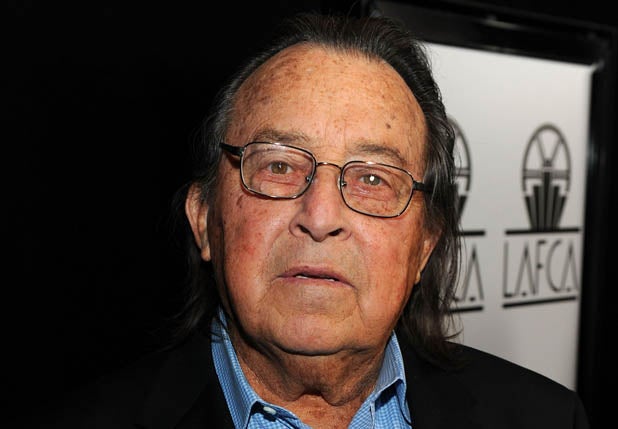 Paul Mazursky, the iconoclastic director and screenwriter whose films included “Harry and Tonto,” “An Unmarried Woman” and “Bob & Carol & Ted & Alice,” died Monday in Los Angeles. He was 84.

Mazursky, born Irwin Mazursky in Brooklyn in 1930, died from pulmonary cardiac arrest, according to a spokesperson.

A graduate of Brooklyn College, Mazursky made his debut as an actor in the Stanley Kubrick film “Fear and Desire,” and launched an acting career, later moving on to writing for “The Danny Kaye Show” and creating the television series “The Monkees.”

Mazursky made his screenwriting debut with the Peter Sellers-starring 1968 comedy “I Love You, Alice B. Toklas”; the following year he made his directorial debut with “Bob & Carol & Ted & Alice,” which he also co-wrote. That film would earn Mazursky his first Oscar nomination — in the best original screenplay category.

In all, Mazursky received five Oscar nominations throughout his career — four for his screenwriting on “Bob & Carol & Ted & Alice,” “Harry and Tonto,” “An Unmarried Woman,” and “Enemies, A Love Story,” as well as a nomination as producer of the Best Picture nominee “An Unmarried Woman.”

When he was given an honorary award by the Los Angeles Film Critics Association in 2011, LAFCA president Brent Simon commented, “It’s impossible to imagine American independent cinema in its current form without Paul Mazursky, in all his multi-hyphenate glory.”

A number of his films resonated in the culture of the ’60s, ’70s and ’80s and explored hot-button issues with wit and style. “Bob & Carol & Ted & Alice” looked at the sexual revolution of the ’60s, “An Unmarried Woman” explored female empowerment and “Down and Out in Beverly Hills” used comedy to deal with homelessness and income disparity.

“I think my movies appear to be independent, but they were all studio movies,” Mazursky told TheWrap in 2011. “In those days, in the late ’60s, the ’70s and the ’80s, it was possible to make films that were more like what an independent film is now.”

Asked if he felt as if he were going against the grain at the time, Mazursky said, “I was made to feel that at a certain point, when they didn’t want to do some of my movies and I didn’t know why. But it’s a peculiar thing: I never thought, I’m going against the grain, I’m going to inform America about the problem of women, about society, about the bums on the street. I just thought, is this a good story, and can I make it work?

“The European directors I love really showed me that. You make the movie you want to make, that engages you, the movie that you have to make. They got away with it for a long time. And I guess I did too.”

Later in life, Mazursky continued his acting career, appearing in films and, most recently, on Larry David’s HBO comedy “Curb Your Enthusiasm.”

For years he was a fixture at Los Angeles’ Farmers Market, where he ate breakfast many mornings. He also had regular Friday lunches with Mel Brooks, Alan Ladd Jr., Richard Donner and others.

Mazursky is survived by his wife of 63 years, Betsy Purdy Mazursky, as well as his daughter Jill Mazursky, four grandchildren and a great-grandchild. He was predeceased by his daughter Meg Mazursky.

A memorial service is being planned for later this summer.