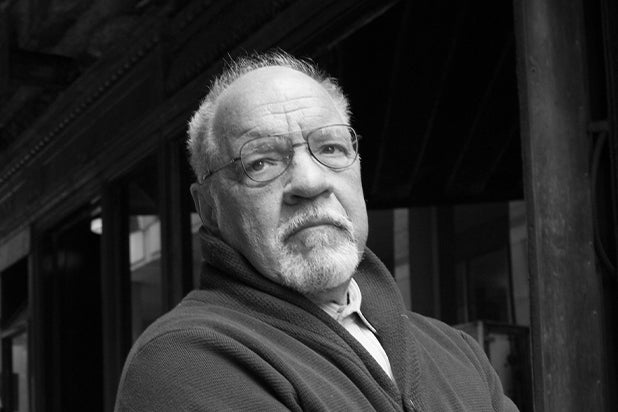 Photo by Jayne Wexler for TheWrap

A version of this story on Paul Schrader first appeared in the Down to the Wire issue of TheWrap’s Oscar magazine.

“I have a conflicted feeling,” said Paul Schrader, the screenwriter of “Taxi Driver” and “Raging Bull,” who has received the first Oscar nomination of his career for “First Reformed.” “You’ve lived your whole life feeling that awards are not important — but then you get an award and you think, ‘Well, maybe it is important.'”

When Schrader was writing those classic films for Martin Scorsese, or directing work like “American Gigolo” and “Hardcore,” though, the awards landscape was far different.

“This Oscar mania is a post-Harvey Weinstein thing,” he said. “I remember I went to the Oscars for ‘Taxi Driver’ [which was nominated for Best Picture, but not for its screenplay], and I didn’t feel well, so I got up and left in the middle. There were no parties afterwards, there was nothing. And now Oscar is a three-month event.”

“First Reformed,” which stars Ethan Hawke as a pastor undergoing a crisis of faith after the death of his son in Iraq, is one of the most beautiful and haunting films in the career of a man who had to make a break with his strict religious upbringing to start watching and then making films.

“This film rounds off a 50-year arc in my life,” said Schrader, who is 72. “When I started working on it, it had been 50 years since I left Calvin College and came to UCLA to study film. And all the things on that journey, including my book on transcendental style [“Transcendental Style in Film”] and ‘Taxi Driver,’ I could feel coming to a conjunction with this film.”

The film is spare and measured, with a stillness you can also find in Robert Bresson’s “Diary of a Country Priest” or Pawel Pawlikowski’s “Ida,” both inspirations of his. “When you work on the contemplative or spiritual side of the street, you have to get involved with withholding devices,” he said. “If you start taking things away, like music cues or acting cues or compositional cues, the audience is going to start working and investing themselves in the film.”

Initially, he added, he planned to make the film in the style of “Ida” – “square format, black and white, don’t move the camera, no pan, no tilt. But then the financier lowered the boom – they said, ‘We made these deals, and it has to be in color.'”

But “First Reformed” also explores societal issues that impact spiritual ones, most dramatically in the lead character’s interactions with an environmental activist who doesn’t want his wife to have a child.

“I realized that because of our environmental crisis, a dilemma which was in the past spiritual — that life has no meaning — is now becoming non-metaphorical,” he said. “It’s literally true now that life on Earth has no future.

“That’s quite astounding — we are in a place where our species will not survive this present century in our current form. Something is going to happen, and anyone who’s optimistic isn’t paying attention.”

Schrader is now planning to make a comic neo-Western with Hawke and Willem Dafoe. “I know I can’t go back into this ‘First Reformed’ territory right away, so it’s a kind of genial film,” he said. “We’re hoping to shoot this summer.” He chuckled. “They tell me I have the financing, but I’ve heard that before.”

And anyway, he’s trying not to rush into it. “I’ve been dragging my feet a bit, just to enjoy this last year,” he said. “It’s a strange thing, because independent film can have a very short lifespan, sometimes only three or four days. And now here we are in the 16th month of having this film be in the conversation.”

To read more of TheWrap’s Down to the Wire Oscar issue, click here.