The executive shake up arrives following the July retirement of longtime CEO Vince McMahon after he was accused of sexual misconduct by multiple women.

“We’re excited about the recently announced management structure, including the appointment of Paul Levesque as head of WWE creative and talent, as we look to continue to increase the monetization of our IP across various platforms through our media rights agreements, both domestically and abroad,” WWE said in its earnings report. 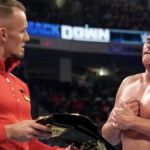 Levesque will report to WWE co-CEO Nick Khan while Stephanie McMahon, Levesque’s wife and daughter of Vince McMahon, will continue in her role as co-CEO.

For the quarter, WWE revenue increased 24% to $383.2 million while operating income rose 50% ($69.3 million). Each WWE premium live event (“WrestleMania,” “WrestleMania Backlash” and “Hell in a Cell”) was the most viewed event in its history with year-over-year increases of 60%, 49% and 45%, respectively, in domestic unique viewership on Peacock.

“Our strong financial performance was primarily driven by our return to a full live event schedule and our consumer products business,” Riddick said. “These items more than offset an increase in production, content-related, and other expenses. For 2022, we are raising our full year Adjusted OIBDA guidance to a range of $370 to $385 million.”

As for the special committee investigation into Vince McMahon, the WWE notes that it is “substantially complete.” Though the company did not provide specifics into its findings, it did not that it has revised its previously issued financial statements for the years ended December 31, 2019, 2020 and 2021 as well as the first quarter of 2022 as McMahon reached monetary settlements with several women. 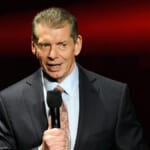