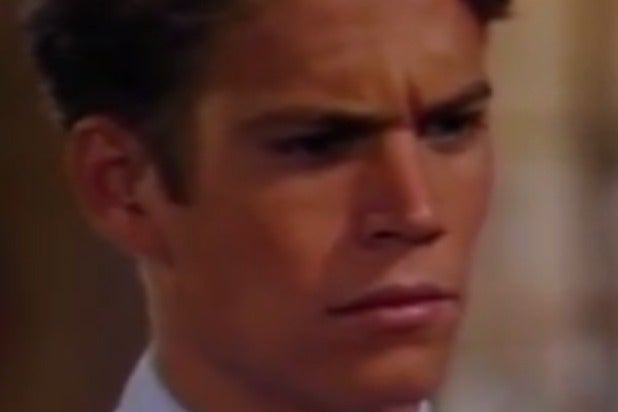 Though fans came to know and love Paul Walker from his big screen roles, a diehard “Young and the Restless” fan most certainly remembers the handsome actor’s stint as Brandon Collins on the soap more than 20 years ago.

While the 1992 role as Victoria Newman’s (then played by Heather Tom) confidant and possible love interest was less than compelling, Walker did manage to make an impression on star Eric Braeden, who has played Victor Newman for 33 years.

“I’ve had a number of young people work with me over the years but I had a feeling that he would make it on the big screen,” Braeden, 72, told KCAL 9, a CBS affiliate in Los Angeles, about working with Walker. “He had a basic decency and honesty about him. One of the most decent fellows I’ve worked with. Easygoing, nice man. Just the nicest man.”

Walker didn’t just make an impression on Braeden and the world of soaps. Here are some of the TV roles that helped Walker break into the business:

“The Young and the Restless”

Walker was just 19 when he appeared on “Y&R” but his voice was so high-pitched, he seemed younger. Thankfully for the actor and his fans, he was a lot more commanding when he reprised the role in 2009.

Leonardo DiCaprio had “Growing Pains” and Walker had “Charles in Charge.” The dreamy Glendale native guest starred as Russell Davis, the cutest guy in Sarah’s (Josie Davis) class on this 1990 episode. At first, Russell manipulates Sarah into doing his homework. But after he gets busted, Russell sees the light and starts liking Sarah in earnest. Walker also guest starred on “Who’s the Boss” in 1991.

In between acting gigs, Walker appeared on NBC’s Saturday morning game show “I’m Telling!” with his younger sister Ashlie Walker in 1988. The two finished in second place. Inspired by “The Newlywed Game,” this children’s game show relied on siblings instead of newly married couples.

Walker appeared on this touching NBC drama three times. His first appearance was in an episode called “Birds of a Feather” in 1985. A year later, Walker played a new role, a frequently blinking orphaned athlete named Todd Bryant, in a two-part installment.

A sweet faced, 13-year-old Walker played Jeremy Beatty on this CBS owned and syndicated sitcom in the first season from 1986-87. The comedy revolved around Sandy Beatty, a single mom and career woman who works with twentysomething hipsters at a record label. Jeremy was Sandy’s (star Diana Canova) son. Walker was replaced by the second year and the comedy came to an end after two seasons in 1988.