Peacock has picked up a new WWE series created by and narrated by John Cena, as well as a docuseries about former NFL quarterback Joe Montana, the streamer announced Tuesday.

“WWE Evil” is described as “an entertaining ‘psychological exposé’ into the minds of the most diabolical antagonists in WWE history, and their impact on mainstream culture.” Cena will serve as executive producer and narrator.

The project joins a slate of WWE programming acquired by Peacock when the streamer absorbed the standalone service WWE Network earlier this year. It will live alongside original series like “Undertaker: The Last Ride” and Steve Austin’s “Broken Skull Sessions,” as well as WWE pay-per-view events and past episodes of “Raw,” “Smackdown” and “NXT.”

The untitled Joe Montana docuseries, which is currently in development, is described as “Montana’s first-hand account of his career from earliest days as a high school All-American, to National Champion at Notre Dame and ultimately becoming a four-time Super Bowl winner and NFL Hall of Fame inductee.”

NFL Films will produce the series, which will feature interviews with celebrities and former teammates, coaches and mentees of Montana.

Peacock has leaned heavily on sports programming to distinguish itself among the crowd of new streaming services, putting out documentaries like “My Pursuit: Life, Legacy & Jordan Burroughs,” “In Deep With Ryan Lochte” and “Michael Phelps: Medals, Memories and More.” 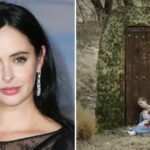 Also Read:
‘The Girl in the Woods’ Is Becoming a Peacock Series