Netflix will release its first ever original film in Arabic next month, a remake of the Italian hit movie “Perfect Strangers.”

“Perfect Strangers,” the 2016 film from director Paolo Genevese, has been remade 18 times across countries such as France, Spain, South Korea, Germany, Greece and more, making it the most remade film ever. Now, the Arabic version will gather up a cast of Pan-Arab talent, as led by Lebanese director and actor Nadine Labaki (“Capernaum”) and Egyptian star Mona Zaki. 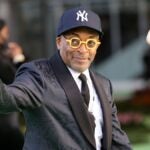 The film is the story of a group of friends at dinner where the entertainment for the evening becomes the friends’ plan to share everything on their phones, including emails, photos, texts and voicemails as they come in. What starts out as fun quickly unfolds into an uncharted path of untold secrets that reveals more than what they wish to share.

The original “Perfect Strangers” grossed $31 million internationally, and the subsequent remakes have together grossed a combined $270 million worldwide.