Perry Yung has been cast as the patriarch in the upcoming family drama “The Harvest,” a story about an estranged son who returns home to help his ailing Hmong father, only to be confronted with the intergenerational conflicts and traumas that exist between children and their traditional parents.

“The Harvest” is based off Doua Moua’s own script (the screenplay was a Nicholl Fellowship semi-finalist screenplay) and Moua will also star.

Yung will play Cher, an elder refugee and war survivor who suffers the devastating and deteriorating effects that his kidney failure has on his family. He is best known for playing Father Jun in the HBO Max series “Warrior.”

“What makes ‘The Harvest’ film so special beyond the great themes and story, are the characters. Each role so well written, so personal, so authentic, that I saw my own family reflected in each scene,” Yung told TheWrap. “As an older Asian American actor, finding great characters has always been difficult, whether it is in film, television or stage, but to be able to portray a complex Asian American father is a gift; the role of a lifetime actually.”

Also attached is Singaporean-American actress Dawn Ying Yuen (“Zoetic,” “My Mother’s Jade”), who will portray Youa, the matriarch of the Moua family. Her role inside the family and clan is just as complex as her life outside it.

“The Harvest shows the culture and values of immigrant parents to the children of American upbringing. It is a narrative necessary for the US audience, to provide deeper understanding of the Hmong community,” Yuen said. “I am deeply honored and excited to be working alongside actors like the experienced Perry Yung, the talented Doua Moua, and the outstanding director Caylee So. I feel that our synergy will be fantastic as we have a real understanding of the immigrant story.”

Newcomer Chrisna Chhor has been cast in the role of Sue, a teenage girl who struggles with finding her voice and her place inside the strict customs of her inherited culture. 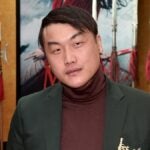 Also Read:
Doua Moua to Star in Hmong Family Drama ‘The Harvest’ Based on His Own Script (Exclusive)

The film will be directed by Caylee So (“In the Life of Music”). Doua Moua and John Houselog will produce the film under their Chiyou Entertainment banner. Chiyou Entertainment is a new independent production company that seeks to develop and produce diverse stories with the intention of challenging, reflecting and celebrating underrepresented communities.

Moua’s “Mulan” costar Yoson An and Money Vang will be executive producing the film.