Looks like there will be more days of summer vacation: “Phineas and Ferb” is returning to Disney with two more seasons, co-creator Dan Povenmire announced during the 2023 Winter Television Critics Association Press Tour. The two installments of the hit animated series — which are part of his newly inked overall deal at the company — will consist of 40 episodes in total.

Povenmire made a surprise appearance on stage during president of Disney Branded TV Ayo Davis’ programming announcements, channeling the iconic voice of Dr. Doofenshmirtz, the show’s antagonist who he also voices. 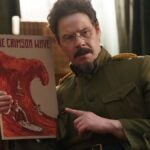 Plot details of the revival were not shared, but the Emmy-winning comedy — which ran for four seasons from 2008 (after initially being previewed in 2007) through 2015 on Disney Channel and later Disney XD — follows two stepbrothers who make the most of their endless summer vacation much to the chagrin of their older sister, Candace. There have also been two movies, “Phineas and Ferb the Movie: Across the 2nd Dimension” (2011) and “Phineas and Ferb the Movie: Candace Against the Universe” (2020).

“Two more seasons of ‘Phineas and Ferb,’ which I just can’t wait to really dive into and get back into these characters,” Povenmire said. “I’ve always loved these characters.” 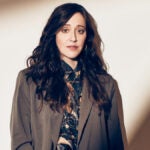 Davis added, “We cannot be more proud to be back in business with you and to bring back such an iconic animated series.”

Povenmire pointed to the series’ enduring social media presence, calling it “one of the best things in my life.” Songs and excerpts from the show, which turns 15 this year on Feb. 1, continue to go viral on TikTok and other social media platforms, with the creator-producer expressing his excitement that Lizzo was among those lip syncing to “Squirrels In My Pants,” one of the many songs from the program. 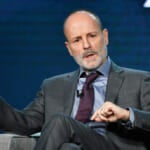