A version of this story about Mariana Treviño and “A Man Called Otto” first appeared in the Awards Preview issue of TheWrap’s awards magazine.

When Mexican actress Mariana Treviño first auditioned for the role of Marisol in Marc Forster’s “A Man Called Otto,” she was by herself in a hotel room in Spain, isolated and depressed because of the pandemic. She had nobody to help her put two scenes on tape, so she shot the scenes in her hotel room playing all the characters herself.

And Forster saw something in that one-woman show that made sense for the role of a young, pregnant, frazzled but indomitable mother of two who finds a way to carry on and doesn’t have time for the dramas of Tom Hanks’ Otto, whose perpetual crankiness turns out to be a way of compensating for suicidal depression after the death of his wife. 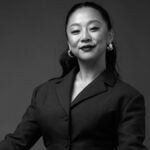 Also Read:
‘Everything Everywhere All at Once’ Star Stephanie Hsu Says ‘We Are Still Very Much Underdogs’ Despite the Film’s Wild Success

“Marc gave me a chance because of that audition,” said Treviño, whose extensive acting career has been almost entirely in Spanish-language productions. “It takes a director’s eye to see this actress who’s doing all these voices because she doesn’t have anyone to read with — and finding the endearing quality and the humanity in that.”

“A Man Called Otto” is an adaptation of the 2012 novel “A Man Called Ove” by Fredrik Backman, which was turned into an Oscar-nominated Swedish film in 2015. The new version transplants the aging curmudgeon from Sweden to the U.S. and turns the initially annoying young mother who changes his life from an Iranian immigrant to a Mexican one — a move that gave Treviño lots to work with.

“In the first scenes, I tried to play her more from his perspective, being more the stereotype of the Latin,” she said. “Talking a lot and playing up what he would see with his prejudice. But as time goes by, these stereotypes and preconceptions start to fall off and our common humanity begins to shine more. Sometimes we connect with other people without even knowing it.

“The movie is about family and about finding family if you don’t have one. And I love that we can show the Latin American family — especially when we’ve been isolated and disconnected and now we’re coming together again.”

Treviño comes from a region in Mexico that she said is known for strong and strong-willed women, which helped her connect with the character in Backman’s novel even though their backgrounds are different. “I recognized the strength of the woman in the book,” she said. “When I met Neda (Shafti Backman), the wife of Fredrik Backman, I told her, ‘This is in honor of our mothers,’ because mothers are mothers in every culture, and this is a platform to pay homage to the energy that a mother has.” 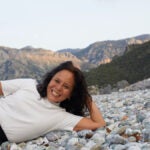 Now, she can’t help but be aware of what that kind of representation means — particularly in a mainstream Hollywood movie starring an actor as thoroughly American as Hanks, at a time when a portion of the country has played up the threat from immigrants from the south.

“I was very grateful that I could have that opportunity,” she said. “It’s a difficult, touchy subject, and very complex. And I love that Tom has made an effort to say that having this boisterous Mexican family moving across the street from him was the last thing (his character) wanted, but it ended up being the best thing that could have happened to him.

“It’s beautiful to honor and to understand that we’ve enriched each other. We’ve met each other halfway, and we’re struggling for the same things. And we need each other’s love and support and understanding to move through our lives.”