“In all honesty, it’s like super surreal and fun,” Bridgers told her audience. “But I am having, like, the shittiest day.”

“Are there any Americans here?” she continued. “Who wants to say ‘F— the Supreme Court’ on three?”

After screaming that message into the mic along with the crowd, Bridgers said “F— that s—. F— America. F— you.”

Bridgers recently shared that she has had an abortion.

“All these irrelevant, old motherf—ers trying to tell us what to do with our f—ing bodies,” she added. “Like, yeah. I don’t know. F— it. Whatever.”

On Instagram and Twitter, the singer shared her experience  having an abortion last month, writing, “I had an abortion in October of last year while I was on tour. I went to Planned Parenthood where they gave me the abortion pill. It was easy. Everyone deserves that kind of access.” 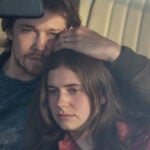 Bridgers is not the only woman calling out the Supreme Court after it reversed the 1973 ruling of Roe v. Wade, allowing states to abolish abortion rights. Women in Hollywood as well as other musicians, singers and songwriters like Taylor Swift have expressed their views as well.

“I’m absolutely terrified that this is where we are — that after so many decades of people fighting for women’s rights to their own bodies, today’s decision has stripped us of that,” Swift wrote online, retweeting Michelle Obama’s statement.

“Unfortunately today’s Supreme Court decision takes away bodily autonomy for half of our population,” Geena Davis, who founded the nonprofit research organization Geena Davis Institute on Gender in Media, wrote on Twitter. “We will redouble our efforts to be a voice for women and all underrepresented humans. We are heart broken [sic] but our work here and beyond continues.”

Shonda Rhimes, founder of the production company Shondaland, posted resources for people to get involved, including a link to “We Won’t Go Back” marches aimed at organizing and protesting against the decision. The “Grey’s Anatomy” creator also retweeted a post from the National Women’s Law Center that shared a contact number for those who needed immediate care.

“It doesn’t end here,” Busy Philipps, who has been open about getting an abortion at 15, added. “F— this sham. F— these people. If you’re a single issue voter and your issues is your taxes, f— you too. This Supreme Court is on you.” 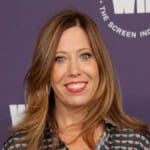