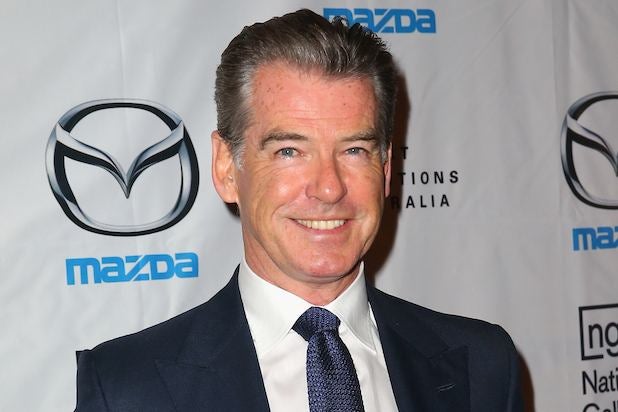 Pierce Brosnan wants to be an action star again.

The former James Bond — who doesn’t enjoy watching himself play the iconic spy — told ComingSoon.net that he would “love to do ‘The Expendables,'” if producer Avi Lerner still has a role for him.

When asked about the Lionsgate action franchise Sylvester Stallone launched in 2010, Brosnan’s tune seems to have changed from when a journalist asked about the career prospect earlier this year for an interview with The Telegraph.

After rolling his eyes, he called any “talk” of him starring in a potential fourth installment just “idle dinner conversation.”

“He said, ‘do you want to be in it?’ I said, ‘sure, Avi, let me have a look at the script.’ But it’s the internet, it all snowballs,” Brosnan said. “What I did say to him was if you want to do a female version of ‘The Expendables,’ I’ll be in that one.”

In his most recent chit-chat about joining Stallone’s team of aging action veterans, Brosnan maintained it must be “a good script,” but sounded much more appreciative of the franchise.

“Sylvester Stallone is the one that’s given us these wonderful platforms for actors who have and had careers to go play and have fun and to entertain,” Brosnan said. “To bring a bunch of guys together who saved the world, fought the bad guys and put them all on the same stage, that’s crazy good.”