Despite rumors to the contrary, looks like "Celebrity Rehab With Dr. Drew" isn’t having any problem finding a new cast of Hollywood substance abusers for a fourth season. 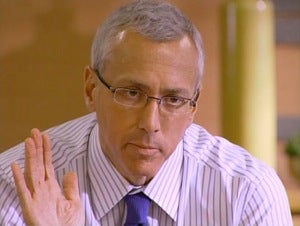 At least according to the good Doctor himself, and the channel.

"I checked with VH1," host Drew Pinsky, who isn’t directly involved in the casting of the series, told TheWrap, "and production is on track."

A return to "Rehab" looked bleak when reports appeared on TMZ claiming that the reality show "struck out left and right trying to find A, B or even C-list celebs for the show."

Tabloid fixtures such as Lindsay Lohan, who has been in and out of the headlines again recently, and "Two and a Half Men’s" Charlie Sheen, who is currently awaiting a trial on domestic violence charges stemming form a Christmas Day incident at he and wife Brooke Mueller’s Aspen house, have long been rumored to be at the top of the wish list.

While VH1 would give no indication as to who they were speaking to or considering, it did say a cast is in the works.

"We’re on track with casting," spokesperson Scott Acord told TheWrap, "don’t know where the rumors are coming from."

The third season of "Celebrity Rehab," which concluded on March 4, 2010, featured NBA superstar Dennis Rodman, Tom Sizemore, whose is presently on probation and doing 80 hours of community service for assaulting his then girlfriend last summer, Mackenzie Phillips, former Hollywood madam, Heidi Fleiss and country star Mindy
McCready among others.

Sizemore, Rodman, Fleiss and several other members of the season three cast then went to be featured on the spin-off "Sober House," which finished on April 29.