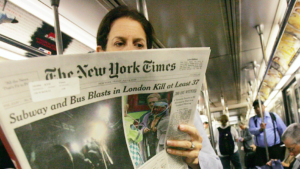 Some animated films have performed decently in theaters this year, but a Pixar film could have provided a lot of info to studios on family interest in moviegoing

While Disney hasn’t completely abandoned the summer box office, it did eliminate a major element of its traditional release strategy by moving Pixar’s “Luca” from theaters to Disney+. Not only did Disney lose box office revenues from the industry’s most reliable animated hit-maker, but it also deprived studios of a good test for U.S. families’ willingness to return to movie theaters in the midst of an ever-wider post-pandemic reopening.

So far, there have been a handful of family films that have performed decently given the restrictions of the pandemic recovery period. Universal/DreamWorks Animation’s “The Croods: A New Age” legged out for months while infections skyrocketed during the winter, grossing $58 million domestically and $170 million worldwide. Disney posted its own solid run in the spring with “Raya and the Last Dragon,” which stands at $54 million domestic and $133 million global while recently finishing its three-month run as a premium Disney+ title.

But since Memorial Day weekend, results for family films have been much more mixed. Universal/DreamWorks Animation’s “Spirit Untamed,” which is aimed specifically toward families with younger girls, has grossed $13.8 million domestically and $19.1 million worldwide over three weekends. Sony’s “Peter Rabbit 2” has posted a 10-day domestic total of $20.1 million and a global total of $90.8 million.

While “Peter Rabbit 2” will easily cross $100 million globally and should turn a modest profit from post-theatrical runs, the numbers so far are a sharp drop from the $48.4 million 10-day domestic total of the first “Peter Rabbit” back in 2018. At this point, it is difficult to gauge how much of that drop is attributable to audience reception and how much is due to the slow-but-steady recovery process that the industry has long expected the box office would go through.

But “Luca” would have been a good test case for the viability of theaters for family audiences. While it’s not a sequel like “The Incredibles II” and lacks the transcendent acclaim of last December’s “Soul,” Pixar’s latest film about two merfolk boys befriending a girl in the Italian Riviera has been praised by critics and audiences as a fun summer frolic, sporting Rotten Tomatoes scores of 89% with critics and 88% with audiences. There would have been no better test of family moviegoer interest than a well-received, original title from the most popular animation studio in the world.

Instead, Disney has decided to give up that box office potential to make “Luca” part of its new digital-first strategy, as the company reorganized last year to make streaming its top priority. It is one of several films that Disney has moved from theatrical to Disney+, along with “Soul” this past Christmas and Peter Jackson’s upcoming Beatles documentary “Get Back” this November.

Now analysts can only make guesses at where the family section of the theatrical market currently stands in the post-pandemic era. Bruce Nash, owner of box office data site The Numbers, said that his team’s analysis has found that families are actually slightly ahead of general audiences in terms of general interest and comfort in returning to theaters. But the lack of wide-appeal titles like “Luca” is making it difficult to judge how theaters can compete with other options for families’ time and money.

“If the opportunity for kids to socialize is so limited that going to a movie theater is the only way they can do something exciting, then maybe that’s what has boosted the family entertainment sector so far,” he said. “But maybe that is starting to wear off now that theme parks and other entertainment options are reopening.”

As for those families that haven’t shown up to theaters yet, Nash suggests that some parents might be reluctant to take their kids back to theaters as the safety and efficacy of the COVID-19 vaccine is still being studied for kids 12 and under. While the vaccine has been approved for use in teens, health experts are split on whether it should be recommended, let alone mandated, for minors before they return to school in the fall.

Without “Luca,” the next best title to gauge family interest would have been in late July with “Hotel Transylvania: Transformania,” an installment of a proven franchise with theatrical exclusivity. But on Friday, Sony announced that it was moving the film to Oct. 1 to return the series to its roots as a Halloween family title. If audiences are more comfortable with moviegoing and the virus stays contained in the U.S., it could give the film a chance to match the $44 million opening and $167.5 million domestic total that the last “Hotel Transylvania” grossed in 2018.

But that move leaves July with two animated films that will be released both in theaters and on streaming at no extra charge: Warner Bros.’ “Space Jam: A New Legacy” on HBO Max and Universal/DreamWorks’ “The Boss Baby: Family Business” on Peacock.

Both films, along with “Luca,” have followed a pandemic-era pattern for studios to release major titles day-and-date or as streaming exclusives. It all began when Universal released “Trolls World Tour” as a premium on-demand offering last spring. For families looking to save money, streaming or PVOD is a generally cheaper option for a family movie night than buying tickets and concessions at a theater. And for studios, family audiences are an easy target to boost subscriber numbers for their new streaming services.

But at least for this summer, that has left an audience that has traditionally been a major section of the box office without much exclusive content to lure them to theaters. And that puts more pressure on horror hits like “A Quiet Place — Part II” and upcoming blockbusters like Universal’s “F9,” Disney/Marvel’s “Black Widow” and Warner Bros.’ “The Suicide Squad” to restore profits for movie theaters trying to rebound as quickly as possible.