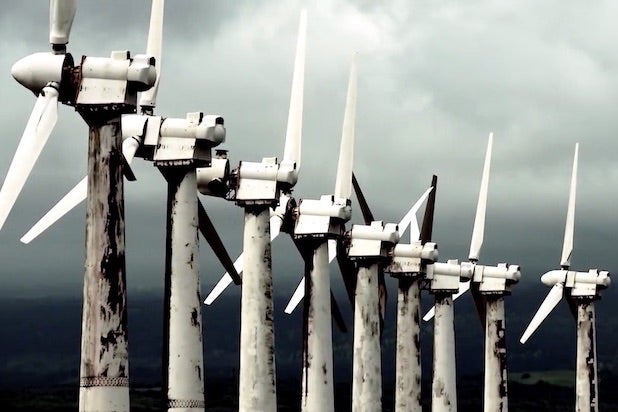 Michael Moore dropped a surprise for 2020’s Earth Day, putting the Jeff Gibbs-directed movie “Planet of the Humans” on YouTube in its entirety on Tuesday and heading to Stephen Colbert’s show to talk about it on the eve of the 50th annual environmental celebration.

But the film, on which Moore served as executive producer, is not the kind of thing that environmentalists may be expecting from the famously liberal firebrand or his longtime colleague Gibbs, who has served as a co-producer and composer on several of Moore’s documentaries. In fact, it may get a rocky reception in some green circles, because the points that “Planet of the Humans” makes include:

• Solar and wind energy are not feasible replacements for fossil fuels because they’re intermittent energy sources that need to be supplemented by nonrenewable sources, and because the manufacture of solar panels and windmills is environmentally destructive.

• Biomass fuel is even worse, destroying nature at a far faster rate than it can be replenished.

• The green energy movement is full of hypocrites, many of whom are in bed with big corporations and even with the Koch brothers.

• And even Earth Day itself is a fraud, since it has corporate sponsors and its founder, Dennis Hayes, claimed that its 2015 concert event was powered by solar energy when it actually had diesel generators backstage.

Yes, the issues are more complicated and the film is more nuanced than that list may suggest. But in a way, “Planet of the Humans” is an Earth Day attack on the current state of environmentalism, one that sometimes seems to play into the right’s complaints about environmentalists and at other times echoes the “you may be liberal, but you’re not liberal enough” litmus tests thrown at candidates on the left.

Still, you can think of the film as an equal-opportunity offender, because conservatives won’t be happy with it, either, as much as they might be tickled by the idea of a movie with Moore’s name on it calling out things like solar power and wind energy.

The film, which premiered at Moore’s Traverse City Film Festival last summer, is Gibbs’ first as a director, and he’s clearly been studying how Moore does this kind of thing. He’s not only the director but the narrator, and he’s often seen on screen as well, playing up a faux naivete as he explores the green energy movement. As the movie tells it, he had a moment of revelation when he went to a green festival in Vermont that was supposed to be powered by solar energy — but when it rained, they switched to biodiesel and then ended up plugging into the electrical grid.

From there, he explores the various promises of renewal energy, finding drawbacks at every turn. He looks at the huge windmills being constructed for a wind farm and wonders, “Is it possible for machines made by industrial civilization to save us from industrial civilization?” He hangs out with Ozzie Zehner, who wrote the book “Green Illusions” and served as producer on this film, and learns that solar panels are made of quartz and coal in a process that is anything but energy-efficient.

“Everywhere I encountered green energy, it wasn’t what it seemed,” Gibbs says at one point. “It was enough to make my head explode.” He says this quietly, though — unlike Moore, Gibbs is an understated and somewhat flat narrator.

The first half of the film focuses on the problems with solar and wind energy, calling them “desperate measures not to save a planet, but to save our way of life” and concluding, “humans are experiencing the planet’s limits.” Then it wades back into biomass, the use of plant or animal material as a renewable energy course — but here, Gibbs finds corruption, deforestation and the big-money fingerprint of the timber industry everywhere. “The takeover of the environmental movement by capitalism is now complete,” he says.

While the film sometimes seems to be stretching to find problems in every corner of the environmental movement (apparently, no company that claims to be green can also plug into the power grid), it does a brutally effective job of suggesting that a dream of endless renewable energy may be unattainable.

This is a terrifying thought, albeit one that gets a little wearying as Gibbs finds new ways to say it for the first 90 minutes. At the end, he claims to find reason for hope — not in green energy, but in less energy.

“I truly believe that the path to change comes from awareness,” he says, and then ticks off a sobering prescription: “Infinite growth on a finite planet is suicide … Billionaires are not our friends … Less must be the new more … It’s not the carbon dioxide molecule destroying the planet, it’s us … If we get ourselves under control, all things are possible.”

But does the film actually believe that we can get ourselves under control and reduce both population and consumption? A final bit of footage suggests that no, it doesn’t.