The most important news about Roman Polanski has been nearly lost in the swirl of stories this week about the state appellate court’s rejection of his motion to dismiss the 32-year-old rape charges against him:

It’s almost all over. Polanski is nearly home free.

In rejecting the case, the court of appeal also strongly suggested that the Superior Court release the auteur on the basis of the time he’s already served behind bars. 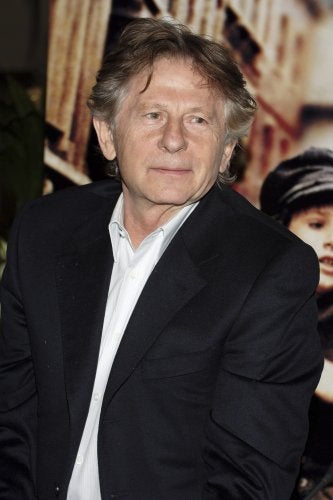 As TheWrap reported Monday, the court suggested that he can remedy his plight by formally requesting L.A. Superior Court Judge Peter Espinoza to hand down his sentence in absentia.

That would then allow Espinoza to sentence Polanski to the time he’s already served in two jails – the 42-day stretch in Chino back in 1977, and the recent 70-day staycation in a jail near Zurich.

Bingo: get out of jail, and out from under a three-decade-long cloud of scandal.

What’s not been measured yet is how foolish District Attorney Steve Cooley will look before all the winking and nodding is over in this messy, sordid case.

Had he not forced the issue by re-issuing a warrant for Polanski’s arrest, none of this would have happened. And Cooley probabl made that move because, as legal commentator Jeffrey Toobin recently wrote in the New Yorker, Cooley only moved to have Polanski arrested by Swiss authorities last September “because [Polanski] seemed to have a real possibility of winning in the courts.”

Now an appeals court has drawn the director a map out of the legal maze he’s been in.

To be fair, Cooley has only been working with the disastrous case that was left to him by the late Judge Laurence Rittenband, a publicity-seeking jurist who, in 1977 and 1978, attempted to stage-manage the public actions of Polanski’s attorney and prosecutor as though they were actors in a dinner-theater production.

In 1977, Polanski agreed to plead guilty to “unlawful sexual intercourse” — only one of the original six counts he faced as a result of a champagne-and-Quaalude “seduction” of a 13-year-old girl. (As the justices point out, the term “plea agreement” is a misnomer in Polanski’s case, since it was an open plea objected to by the prosecutor.) Judge Rittenband at first ordered him to serve a 90-day “diagnostic evaluation” stretch at Chino State Prison – mostly, the judge felt, because it would shield Polanski from the wrath of county jail inmates prone to rough up a celebrity with a child molester rap.

But, according to allegations leveled in Marina Zenovich’s 2008 documentary, “Roman Polanski: Wanted and Desired,” deputy district attorney David Wells then persuaded Rittenband to renege on the agreement and impose a one-year term in state prison – and to pressure Polanski to leave the country as an act of self-deportation. It was at this point that Polanski, in 1978, packed his bags and decamped for France anyway, never to return to America.

Writing the court’s opinion, associate justice Laurie Zelon imagined an end to what the panel (who also included presiding justice Dennis Perluss and associate justice Fred Woods) called “one of the longest-running sagas in California criminal justice history,” when, “At sentencing, Polanski’s counsel could argue that the proper sentence is the time already served … If Polanski presents admissible evidence leading the trial court to conclude that Judge Rittenband committed to the diagnostic study as Polanski’s entire punishment, it is difficult to imagine that the trial court would not honor that commitment today.”

If that isn’t the sound of a door being opened for Polanski’s release, nothing is. But the justices go further still, toward the end of their ruling, when they return to an earlier call to investigate alleged secret conversations between Judge Rittenband and deputy D.A. David Wells.

Unluckily for the current D.A.’s office,  the justices seemed to have given serious consideration to the revelations in Zenovich’s documentary. Regarding the film’s charges that Judge Rittenband, conspired with deputy district attorney David Wells to welch on the court’s end of the plea arrangement, the panel said it “urge[s] the parties to take steps to investigate … the extremely serious allegations of judicial and prosecutorial misconduct.”

The panel counseled that should Wells’ conduct be proven to have irrevocably contaminated the case against Polanski, “the district attorney’s office is empowered to and should apply to the trial court for a dismissal of the action.” And even if Wells’ actions only occurred after Polanski’s plea was made, “the district attorney’s office could request that the court set a sentencing hearing in absentia and that Polanski be sentenced only to time served.”

The appellate court’s time-served hints are bad enough for District Attorney Steve Cooley, but it gets worse. Further down in their decision the justices say, “We are disturbed by the district attorney’s refusal in the briefing submitted to this court to address or consider what appears to be an admission by a former member of the district attorney’s office that he: engaged in highly improper ex parte communications … recommended the misuse of a sentencing tool as a punishment . . . deliberately provoked the judge against a defendant .. and pursued a personal agenda against a defendant.”

By now, Steve Cooley must beginning to take this case a little personally himself.