For a company as renowned for its family friendly product as Disney, it has a history of scenes or sequences that are horrifying (if not outright depressing) – Mufasa getting trampled by the wildebeests, Bambi’s mother disappearing into the forest and pretty much everything that happens in “Pinocchio.” (Not to mention live-action atrocities like the end of “Old Yeller” and the beginning of “Pirates of the Caribbean: At World’s End.”) But nothing can prepare you for how sobering and deeply unsettling Disneynature’s “Polar Bear” (streaming on Disney+ this Friday, Earth Day) is.

“Polar Bear” is very much like other Disneynature entries that came before it (things like “Dolphin Reef” or “Penguins”) – it’s beautifully shot, featuring moments you never thought you’d seen (like when a beached whale becomes an unlikely polar bear pool party) and has top notch narration (this time courtesy of Catherine Keener). But in other ways it’s more somber and introspective; the narration is first-person, putting the viewer more directly in the plight of the polar bear. And it’s so overwhelmingly sad. By the end of the movie, you aren’t just worried about the fate of the polar bears; you’re concerned about the livelihood of the planet.

TheWrap spoke to directors Jeff Wilson and Alastair Fothergill about what it was like making “Polar Bear” and whether or not they think we’re all doomed.

Are you running out of animals? You’ve done so many movies.

Alastair Fothergill: Do you know that’s one of the most intelligent questions we’ve had all through this junket and I tell you why – it’s very, very challenging to find a star animal that people will love to watch. That’ll fill 75 minutes of drama. You might think pandas, we all love pandas. That’s true, but pandas do very little apart from eat bamboo and fart, so you would never do a Disneynature film on pandas. We chose polar bears because from our experience of working in the arctic, we absolutely knew there was an amazing story to be told about them and there’ll be no trouble at all in developing a powerful narrative that would last 75 minutes.

You bring up the narrative and this documentary feels very different from other Disneynature features. How did you establish the tone and voice for “Polar Bear,” especially after looking at so much footage?

Jeff Wilson: You’re right, and actually it was something that Alistair and I worried about a lot. We thought long and hard about presenting the narration in the first person and actually there were quite a few people who warned us against it because there’s not many films in the history of cinema that have pulled off first person narration for 75 minutes. It’s quite a rare thing, but we persisted with it and what we’ve found in doing so is that we were able communicate the important messages of the film by giving people a polar bear’s perspective. And by doing that through the first person we were actually kind of engaging our audiences more wholeheartedly in the story. I also think that it’s kind of crucial to bringing a different perspective to the climate change message.

That was very important for us to get across. To know what it’s like to be a polar bear experiencing that uncertainty, to experience the things that are happening around you that you don’t have any comprehension of. It actually mimics the human experience and by telling it in the first person, I think, is a very, very powerful tool that hasn’t been used before. Of course, we didn’t know it was really going to work until Catherine Keener’s fantastic voice was brought to the table and she embodied absolutely everything that Alistair and I dreamt about in terms of presenting this film and the character that’s central to the film. When she started reading that first person narration, was probably the first time that we really knew it was going to absolutely work.

Youalso toggle back and forth in time, which is also ambitious and different for a Disneynature movie. Where did that decision come from?

Alistair Fothergill: We knew that we always wanted to tell a 15-year story. We wanted to look back 15 years of a female’s life because over that time in the arctic where we made this film, there has been very significant change in the ice. Rather than do a shorter story, that wouldn’t have allowed us to tell that wider environmental message. It was ambitious because we are jumping forward in a number of the moments where the female bear is talking about the more drastic situation that she now faces and that had to run alongside a linear narrative of a four-month-old cub growing up until she has her very first cub.

Making those two stories run in parallel was a real challenge to us and we did lots of things. For instance, we did fades to white in and out of those flash-forwards. We asked the composer, Harry Gregson-Williams to write different music. Every time you go forward, he brings back this extraordinary instrument that he uses at the very beginning. It’s called a flugelhorn, which is very eerie particular sound and we thought that was the sound of the bear of the future. I don’t know if you thought it worked. We hoped it did.

Does it sometimes get frustrating? Do you ever just want to put a graphic up occasionally that’ll explain some complex issue?

Jeff Wilson: I think these movies are really interesting for me because actually, and particularly with “Polar Bear” and the evolution of the Disneynature narratives that we’ve both worked on, is that our audiences are a lot more keyed into the messages that we’re trying to get across.

When you’re trying to visualize a climate change message, we don’t have to go to a graphic and explain it because actually my six-year-old already knows enough about climate change to understand that when we’re telling a story like this about what’s happening to the world. And I think that’s been a real eye opener for both Alistair and I who’ve been working in the arctic for 25 years, is that we’re now at a point where our audiences are informed enough that we can address this with them in a narrative and not have to over-explain it, but allow the emotion to drive the storytelling.

Alistair Fothergill: One of the challenges also of going in the first person is that clearly there’s lots of factual information that you’d like to give the audience, but for instance, the polar bear doesn’t know how cold it is. I mean, it knows whether it’s cold or warm, but it doesn’t know it’s 30 minus or 40 minus. The polar bear doesn’t know it’s 650 miles from the North Pole. The sort of information that a traditional documentary would give its audience and the audience wants, we weren’t able to give and that was challenging at times. That was the price, but I think the prize is, I think you get more emotionally engaged with the story of that female bear. 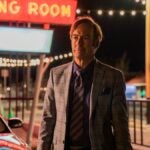 This is maybe the saddest Disney movie ever. What was it like threading that needle?

Alistair Fothergill: I worked on six or seven Disneynature movies and you’re absolutely right that Disney like happy endings and these movies have to appeal to four-year-olds to 104-year-olds. It was challenging, but Disney bought into this very early on, you could not honestly make a film about polar bears today without introducing climate change because that is the reality of polar bears and it would be dishonest not to tell it. We hope that it’s still an entertaining and engaging film and we know that entertainment is critical because we need to get bums on seats, frankly.

Jeff Wilson: Further to that, I just say that it’s okay to be a sad movie. It’s an important message and I think that in itself is a power. For us, the fact that people are emotional at the end, is actually a matter of pride because it’s that emotion that will drive people to action change and I think that’s something that we’re proud of more than worried about.

You’ve both worked in the arctic for 20 years. Is there any coming back from this?

Alistair Fothergill: There are a number of what scientists will call one-way doors in the natural world at the moment and the problem with the arctic is that the arctic is cooled because the ice reflects back the sun. As you get less and less ice, it goes onto the water and it heats, it’s a positive spiral. That fact at the end, there’ll be no ice in the arctic by 2040 is a very bold, terrifying fact. It’s 18 years away, but that’s what the science is telling us.

And there’s no way to reverse it?

Alistair Fothergill: Most scientists will tell you now it’s irreversible. That is not only extremely bad news for polar bears. It’s extremely bad news for the planet because the arctic and the antarctic are the cooling systems that have been critical to cool the whole planet. It is the biggest challenge humanity has a faced by a very, very, very long way. And it’s definitely going to drastically affect the lives of our children and the lives of our grandchildren. Anybody who tells you anything else is just not intelligent to be honest.

These movies are all political to varying degrees but this one is more outwardly so and you deserve credit.

Alistair Fothergill: To be honest, particularly our boss, Roy Conli, was very, very supportive. Very early on I remember him saying, “If we’re going to tell this story, we’re going to tell it, so don’t hold back.” I think Disney have been very, very supportive. Disneynature’s been on an evolution. We started making these in 2006 and the world’s understanding of the environmental challenges have completely changed in that period as well so I think this is a really contemporary film, but I still believe it fits very beautifully in the Disneynature label and will do well on Earth Day for that reason.

Do you know what animal you’d like to make a documentary on next?

Jeff Wilson: We do always have a bucket list and Alistair and I both really would like to make a film on wolves. Wolves are very special animals that we haven’t covered in the Disneynature films. We have a long experience of working with wolves all across the arctic in North America, so I think that would be a very special opportunity for us.