Politico’s exclusive story on the Supreme Court’s decision to overturn the landmark 1973 Roe v. Wade that safeguards abortion rights has become the outlet’s most-viewed story in its 15-year history, according to CNN.

The scoop, authored by senior legal affairs reporter Josh Gerstein and national security reporter Alexander Ward, was published on Monday around 8:30 p.m. ET, becoming the most-trafficked article a little more than 24 hours later. By Friday, it had reached 11 million views. Accordingly, the initial tweet promoting the piece had triple the number of impressions the political outlet typically sees in one month on Twitter.

Politico did not immediately respond to TheWrap’s request for comment. 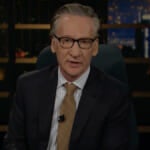 The draft majority opinion, written by Judge Samuel Alito, was leaked to Politico and later confirmed as authentic by Chief Justice John Roberts. Incidentally, the original Roe v. Wade ruling was also leaked to the press, essentially twice. In 1972, the Washington Post published an internal memo from the court and its deliberations. Later, Time magazine published the final decision just hours before the Supreme Court had a chance to formally announce it.

After the explosive report made the rounds online Friday, those in favor of pro-abortion rights (which comprises a majority of the nation) mobilized to share links to abortion funds and personal stories of the necessity of the right, as well as other privacy-based issues that could be next to fall under a largely Republican-backed bench of justices. The Supreme Court building itself has been fenced off in anticipation of widespread protests.

For their part, the justices have vowed to investigate the leak, and in the latest update, Justice Clarence Thomas — who had recently been under fire following his wife Virginia’s texts to former White House Chief of Staff Mark Meadows urging him to overturn the 2020 presidential election results — said the Supreme Court would not be “bullied.” He added, “We are becoming addicted to wanting particular outcomes, not living with the outcomes we don’t like.” 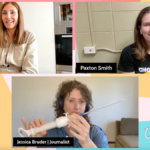