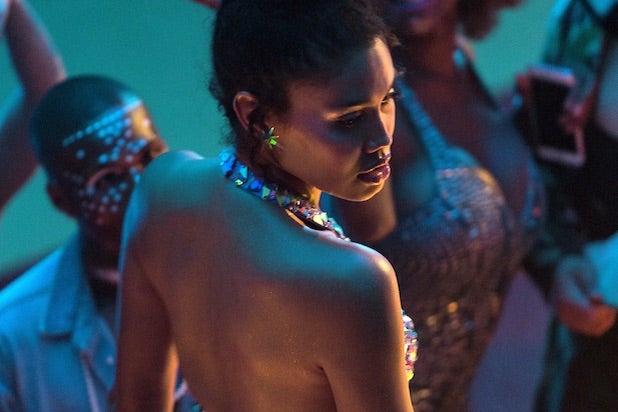 Danielle Lessovitz’s “Port Authority” is a coming-of-age story for the “Pose” and “RuPaul’s Drag Race” era. Set in New York City’s LBGT ball scene in the current day, the film, which premiered on Saturday in the Un Certain Regard section of the Cannes Film Festival, explores a key question put to its protagonist late in the film: “What are you looking for in a family?”

That search for family in all its forms is at the heart of “Port Authority,” the feature debut from Lessovitz. With Martin Scorsese on hand as an executive producer, she has made a rough but vital film about the ways in which we strive to make the mean streets a little less mean.

“Port Authority” begins in the bus depot that gives the film its name, dropping a troubled 20-year old drifter, Paul, into NYC, presumably to live with his half-sister. But that arrangement hits a snag when it turns out that sis never wanted him to come, so Paul scrambles to find a place to live and a community to live with.

At first that means a homeless shelter and a job doing repossessions and evictions — but we know that Paul’s heart isn’t in that line of work. And the casual homophobia of his new buddies is at odds with the fascinating glimpses he sees of the members of a house in the ball scene.

We’re never quite sure why Paul is drawn to that scene, except that he’s immediately enthralled by Wye (Leyna Bloom), a striking young black woman. Paul has anger-management issues and a habit of getting himself beat up, and he’s also not the sharpest tool in the shed: He catches on to the fact that he’s hanging out in a gay subculture, but he doesn’t figure out that Wye is a trans woman until one of her housemates spells it out for him.

That “Crying Game” moment, so to speak, causes an expected crisis in Paul, but connection and affection mean more than whatever prejudices he’s carrying. While the character remains something of a cipher, that makes sense: He’s fleeing from unspecified troubles in Pittsburgh and splitting time between two dramatically different worlds and groups of people, all of whom — and Paul most of all — are wearing their own disguises.

Everybody is hiding who they are or searching for a better, truer self to be; that can make for glorious transformations, but it complicates things when you can’t reveal who you are to half your friends and who you’re becoming to the other half.

Eventually, Paul’s professional and personal lives collide in a way we’ve been expecting for at least an hour, but Lessovitz finds a gentle ending that provides just enough healing.

In contrast to the vibrancy of the scene it sometimes depicts, “Port Authority” is a murky film; the balls are both underground and underlit. But that works for characters whose lives are themselves wracked with darkness. And while Bloom, the first trans woman of color to ever star is a film at Cannes, is perhaps more of a presence than an actress at this point, she is a strong enough at that to hold the screen.