Starz shared the first trailer for “Power Book II: Raising Kanan” on Wednesday, previewing the backstory of the character played by Curtis “50 Cent” Jackson in the original series.

Set in the early ’90s, “Raising Kanan” stars Mekai Curtis in the titular role and Patina Miller as his mother Raquel “Raq” Thomas, a cocaine distributor with an emerging network of dealers across the city. The drama is described as “a deep dive into the very pathology of family; the unique, complicated and fraught dynamic between parent and child, mother and father, brother and sister.” 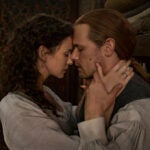 Also Read:
‘Outlander’ Set to Return to Starz in Early 2022

Sascha Penn is creator and showrunner and executive producer on “Raising Kanan” alongside Jackson, via his company G-Unit Film and Television, and “Power” creator Courtney A. Kemp through her company End of Episode, which has an overall deal with Lionsgate Television.