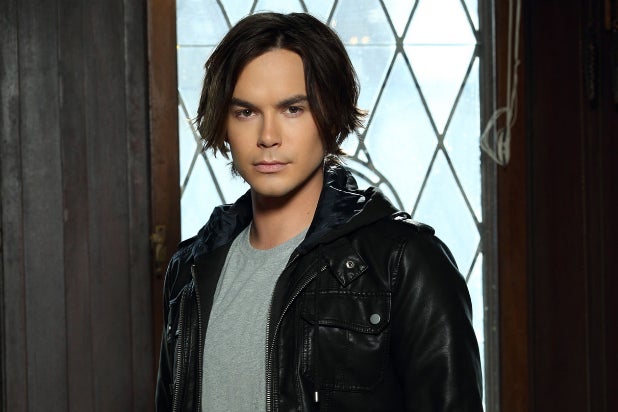 Blackburn’s character, Caleb Rivers, had been featured on the “Pretty Little Liars” spinoff, “Ravenswood,” which ABC Family canceled in February after one season. He will return early in the fifth season of “PLL” and resume his role as a series regular, alongside his character’s ex-girlfriend Hanna (Ashley Benson) and the other Liars at Rosewood High.

ABC Family made the announcement during its “Behind the Curtain” YouTube series Wednesday.

“Pretty Little Liars” is produced by Alloy Entertainment in association with Warner Horizon Television and is executive produced by I. Marlene King, Oliver Goldstick, Leslie Morgenstein and Joseph Dougherty.

Blackburn is represented by Allison Band and Jennifer Craig at Gersh.

The fifth season of “Pretty Little Liars” premieres on June 10. The season four finale will air Tuesday, March 18 at 8 p.m. on ABC Family.