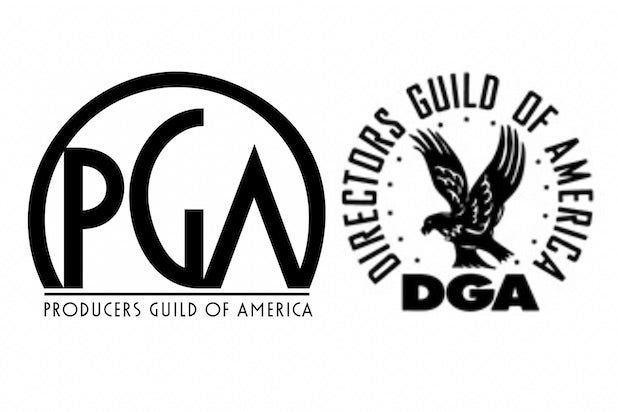 Just as the Oscars, Golden Globes, SAG Awards and Spirit Awards have done, the Producers Guild of America and Directors Guild of America will permit films that have not received a theatrical release to qualify for their film awards this year.

The rule changes, which were prompted by the COVID-19 pandemic, were announced on Tuesday by PGA presidents Gail Berman and Lucy Fisher and by DGA president Thomas Schlamme.

The Producers Guild said its change, which will allow streaming debuts to compete for the Darryl F. Zanuck Award, is a temporary adjustment to the guild’s eligibility rules. It applies to films that have been “forced to have initial nontheatrical public exhibition or distribution,” according to a PGA press release.

Additional details of the revised rules will be posted on the PGA website in the coming weeks. Other eligibility requirements will remain unchanged, and the guild may amend the new rules when theaters reopen.

“The current realities mandate that we make the necessary adjustments so that every deserving producer has the opportunity for their hard work and excellence to be recognized,” said Berman and Fisher in a statement.

A few hours after the PGA announcement, the Directors Guild announced that it was making a temporary exception to eligibility criteria in the Theatrical Feature Film, First-Time Feature Film and Documentary categories. The exception will apply to films “that establish they had a scheduled or planned bona fide theatrical release with a commercial motion picture theater distribution chain in Los Angeles or New York after March 13, 2020 when the theaters closed – and were instead distributed on video on demand (pay-per-view or streaming) on a national platform for at least seven (7) consecutive days.”

“Numerous directors who’ve spent years bringing their visions to life are grappling with the reality that their theatrical releases are canceled,” said Schlamme in a statement. “And while the unfortunate circumstances of this present situation prevent those plans from coming to fruition as their films are now being distributed on other platforms, we want to ensure that our members are being recognized by their peers for their work as intended.”

Most film awards shows have now changed their eligibility rules so as not to penalize films that lost their theatrical releases because of coronavirus-caused theater closings.

The dates of the 2021 Producers Guild Awards and Directors Guild Awards have yet to be announced, but the shows typically take place in January, with the DGA occasionally slipping into early February.