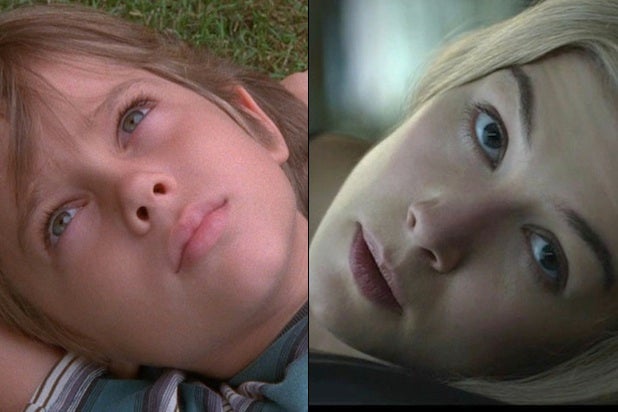 Other nominees for the PGA honor, which tends to be a reliable indicator of Oscar potential, are Clint Eastwood‘s “American Sniper,” the adventurous comic story “Birdman,” British biopics “The Imitation Game” and “The Theory of Everything,” Wes Anderson‘s stylish “The Grand Budapest Hotel,” the driving indie “Whiplash,” Bennett Miller’s subtle “Foxcatcher” and Dan Gilroy’s dark and creepy “Nightcrawler.”

The Martin Luther King Jr. film “Selma,” which wasn’t completed until late November and didn’t send screeners to PGA voters, is conspicuously absent from the list of nominees, despite being considered one of the Oscar frontrunners. Also missing: Angelina Jolie‘s “Unbroken” and Christopher Nolan’s “Interstellar.”

The Producers Guild Awards typically do a good job of showing which films have the best shot at landing Oscar nominations, though the Guild and the Academy never completely agree.

While “Boyhood,” “Birdman,” “The Imitation Game” and “The Theory of Everything” have seemingly become safe awards bets, questions have swirled around at least 10 other films that are competing to secure the remaining nomination slots.

The PGA list gives a boost to “Gone Girl,” “American Sniper” and “Foxcatcher,” which have been considered on the bubble with Academy voters, and particularly to “Nightcrawler,” which has been showing unexpected strength with awards voters in recent weeks.

And while it isn’t good news for the two big contenders with female directors, “Selma” and “Unbroken,” Oscar voters may well look more kindly on those films as they cast ballots that are due on Thursday.

The Academy did receive “Selma” screeners, giving their voters more access to the film than PGA voters had.

In the animated-feature category, frontrunners “Big Hero 6” and “The Lego Movie” shared the slate with “The Book of Life,” “The Boxtrolls” and “How to Train Your Dragon 2.”

Episodic television and documentary feature nominations were announced in late 2014.

But the focus at the PGA Awards always goes to the feature-film slate — particularly in the second round of voting, when it is the only other awards body to use the Academy’s preferential system of counting Best Picture ballots.

Since the Academy expanded from five to 10 Best Picture nominees and the PGA followed suit in 2009, more than 80 percent of the Producers Guild nominees have gone on to capture Best Picture nominations at the Oscars. Of the 47 Oscar nominees since then, 41 have first received PGA noms.

Some of the discrepancy comes from the fact that after two years of 10 nominees, the Academy moved to a variable system that has produced nine nominees every year, while the PGA has stuck with a flat 10.

For the most part, films that receive a PGA nomination but not an Oscar nod tend to be entertaining, mainstream movies: “Bridesmaids,” “Star Trek,” “Skyfall,” “Saving Mr. Banks” and “The Town,” among others.

Of the nominated films, “American Sniper” has the largest number of nominated producers, five, while “Gone Girl” is the only film with just a single producer.

“Boyhood” has four credited producers, but the Producers Guild has ruled that only two of them, Linklater and Cathleen Sutherland, performed the majority of tasks of a true producer. The two other credited producers, Jonathan Sehring and John Sloss, were not credited with nominations and will not receive awards if “Boyhood” wins.

The Award for Outstanding Producer of Animated Theatrical Motion Pictures:

The Roosevelts: An Intimate History (PBS)
Producers:  To Be Determined