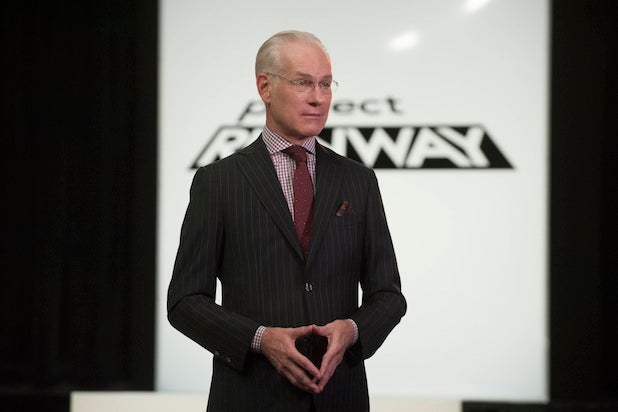 Lifetime is giving “Project Runway” mentor Tim Gunn a chance to pay it forward with new series “Under the Gunn,” which premieres on Jan. 16 at 9/8c.

It will feature the fashion icon as its host and executive producer with “Project Runway” alums Mondo Guerra, Anya Ayoung-Chee and Nick Verreos acting as mentors to 15 up-and-coming designers. Each mentor will have a team of designers they must manage, coach, and give constructive criticism in the spirit of Gunn’s role on “Project Runway.”

Each mentor will choose four designers to join their team. Together, they’ll tackle challenges presented by Gunn with one designer and their mentor named the winners at the end of the series.

The Weinstein Company, Bunim/Murray Productions and the producers of the Emmy-nominated “Project Runway” will produce the 13-episode series. It begins production in Los Angeles this month at the Fashion Institute of Design & Merchandising (FIDM).

Previously, Gunn hosted another “Project Runway” spin-off called “Tim Gunn’s Guide to Style” for Bravo, the network “Project Runway” originally aired on from 2007-2008 for two seasons. With co-hosts model Veronica Webb on Season 1 and Gretta Monahan on Season 2, Gunn made over guests as long as they adhered to a set of style rules.