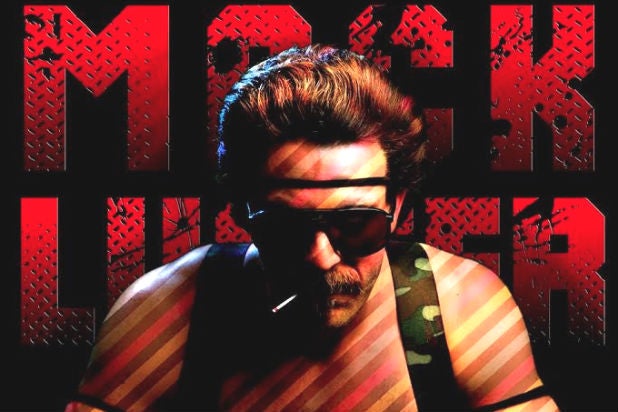 In 2008, I directed a feature film starring Zach Galifianakis called VISIONEERS. And I haven’t made another feature since.

I’ve been lucky enough to find work behind the camera — shooting ads and working with new media — along with some work ghostwriting. But I’ve faced nothing but struggle in trying to get a new feature made.

I am attached to direct six different projects at various production companies; some have a cast, some have financing – none of them have moved forward into production. I’ve done countless rewrites for free, developed look books and shot promos for these projects. Then another look book because, maybe, we’ll shoot in Louisiana now. Each step I think I’m getting closer, but lately it feels like everything is getting further away.

Fortunately, there is one very awesome solution for us independent filmmakers that completely changes the game: Kickstarter.

Having spent over six months prepping our Kickstarter campaign, I can confidently say that crowdfunding has provided the most exciting financing model of any of my projects. Why? Two reasons:

First, creative control rests with the fans. I’ve never had a problem taking notes from any collaborator, and collaboration is a part of filmmaking that I love — but it is often abused in Hollywood. For one project, I have written over forty drafts of the script and every time the project evolves, a new set of notes come in where I’m expected to be a team player and work for free. My goal through all of that: Just don’t make it worse!

Also read: How Sir Ben Kingsley Helped Get ‘A Birder’s Guide to Everything’ Off the Ground (Guest Blog)

With Kickstarter, the only creative input we receive is from those who matter most: The fans. They are the ones who pay for the film. As McCann and I have been promoting “Mack Luster” via social media, not only have we received some of the greatest suggestions from random fans, but we’ve already been able to test content to see what works, what doesn’t, where our audience is and how hard we can push them.

On a fundamental level, the film business exists to deliver movies to fans. With Kickstarter, filmmakers no longer need Hollywood to do that. To better illustrate my point, here is a breakdown of a common development scenario: Filmmaker with a script partners with a production company, then a law firm, then an agency, then a producer’s rep, attends a film market, engages various foreign entities, distributors, and then banks.

Throughout that process, sales projections are run based on the script and attachments, and the resulting dollar amount is how much the filmmaker has to make the movie. If that figure lines up to the budget, the movie is a go. If not, all the pieces unravel, the script is rewritten, and the process starts over. That process makes it seem that only Hollywood knows what the audience wants, while seemingly coming off as the only link filmmakers have to that audience.

On Kickstarter, there we are, filmmaker and audience; the fundamentals of the film business, doing business — without Hollywood. And with one simple proposal, Kickstarter obliterates the film business’s entire financial operation: If you want to see the movie, buy a reward.

No middlemen. No guesswork. Pre-selling a film has never been so efficient.

And while I hear various arguments questioning Kickstarter as a legitimate financing model – from “you’re only going to be able to make a micro-budget movie” to “you still need Hollywood to distribute the film” – they do not deny the fact that Kickstarter currently does work. It is a financing model that breaks even for filmmakers. All of our backers who purchased a reward will have been fulfilled. They got what they wanted, and we delivered a movie.

As an independent filmmaker, it is hard not to get excited about how ever-evolving crowdfunding will change the landscape. Perhaps I’m glorifying it a bit right now, but long gone are the days where we have to put all our eggs in the Hollywood basket.

Click here to track the progress of “Mack Luster.

BIO Jared Drake
Jared works as a writer-director. He and actor-artist Ryan McCann as athletes at UCLA almost 15 years ago. After graduating, they traded in their jock straps for cameras and paint brushes, and have been wheelin' on the gravy train of enlightenment ever since.

Jared works as a writer-director. He and actor-artist Ryan McCann as athletes at UCLA almost 15 years ago. After graduating, they traded in their jock straps for cameras and paint brushes, and have been wheelin' on the gravy train of enlightenment ever since.