Starring Sofia Carson and Nicholas Galitzine, the movie tells the story of Cassie Salazar (Carson) and Luke Morrow (Galitzine), who find themselves in a tricky situation when they get married purely for the financial benefits that come with their union. Luke is about to deploy for The Marines when he meets Cassie, an aspiring musician with very liberal views. First they clash in an argument over their political leanings, but when Cassie asks an old friend of hers to get married so that she can actually afford the insulin she needs in order to live for diabetes, Luke steps in when Frankie (Chosen Jacobs) declines Cassie’s offer. 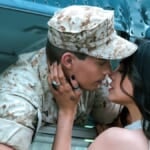 According to Netflix’s Top 10 stats for the week of Aug. 8 through Aug. 14, the film netted 21.16 million viewing hours in its fourth week on the streamer, landing it in the No. 4 spot in the rankings with 245.0 million hours viewed.

“The Gray Man” edged the Ryan Reynolds film “The Adam Project,” bumping it into fifth place. “Red Notice,” “Don’t Look Up” and “Bird Box” led the list as the top three. 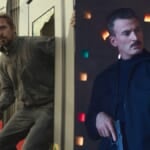