A limited series about Effa Manley, aka the “Queen of the Negro Leagues,” is in the works from Alcon Television.

The project is based on James Overmyer’s novel “Queen of the Negro Leagues: Effa Manley and the Newark Eagles.” Byron Motley and Jeffrey Miiller are leading the adaptation, which is looking for talent and a showrunner.

Anya Adams will direct the pilot. 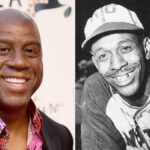 Also Read:
Magic Johnson-Produced Series About Satchel Paige and the Negro Leagues in the Works at Apple

The limited series chronicles the dramatic efforts by tenacious civil rights activist Effa Manley and her husband Abe as they embark upon a risky business venture – starting their own ball club in the raucous world of the Negro Baseball Leagues. Effa Manley, the first and only woman to be elected to the Baseball Hall of Fame, served as the team’s business manager in addition to being a major social rights activist throughout her life.

“Effa Manely was a trailblazing woman and the passion she brought to everything she became involved in is deeply admirable to us. We are thrilled at the opportunity to bring her historic story to life,” said Alcon Television Group co-founders and co-CEOs Broderick Johnson and Andrew Kosove.

Anya Adams, Bryon Motley, Jeffrey Miiller and Josh Green will executive produce the series alongside Caleeb Pinkett and Dougie Cash. Ben Roberts of Alcon Television Group secured the rights to the project and will also executive produce. Ben Cook will produce. Alcon’s Kosove and Johnson will serve as executive producers. 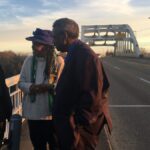 Also Read:
‘Who We Are,’ Documentary Chronicling Racism in America, Acquired by Sony Pictures Classics

The project is the second TV series based around the Negro Leagues. Apple is developing a series about Negro League Baseball and Satchel Paige, with Magic Johnson on board as a producer.