Stephen Dunn’s “re-imagining” of the groundbreaking British series “Queer as Folk” will premiere on Thursday, June 9, Peacock announced on Wednesday, along with a release of first-look photos and detailed descriptions of the cast and guest stars.

The new series explores a diverse group of friends in New Orleans whose lives are transformed in the aftermath of a tragedy.

Dunn, who serves as creator, executive producer, writer, and director, described how much the original British series from Russell T. Davies meant to him. “Like most queer ‘90s kids, I had a unique relationship with the original ‘Queer as Folk.’ Growing up, I was desperate for any sort of connection with people like me. It was the first time I really felt seen. The show offered a new paradigm — one where we could accept and celebrate queer love, families, and communities on a global stage. It was truly iconic. I am honored that Russell T. Davies, the creator of the original series, entrusted me to continue this legacy.” 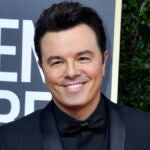 “I wanted to create a new groundbreaking version of this show for this moment… I am immensely proud that the new series is comprised of an electric ensemble of fresh characters that mirror the modern global audience,” Dunn said. “In the true spirit of the original, our show doesn’t shy away from the harsh realities of our community, but above all else, the series is about people who live vibrant, vital, unapologetically queer lives.”

Davies, said, “I’m very proud of what we achieved in 1999, but in queer years, that was a millennium ago! As a community, we’ve radicalized, explored, opened up, and found new worlds — with new enemies and new allies — and there was so much to be said. Stephen pitched a brand new version of ‘Queer as Folk’ with so much imagination, insight, and crucially, joy, that I simply couldn’t resist. I thought it was about time the title belonged to a whole new generation. The 2022 show is more diverse, more wild, more free, more angry — everything a queer show should be.”

Executive producer and writer Jaclyn Moore added, “With ‘Queer as Folk,’ we aimed to depict queer characters who live in the messy middle. People who are complicated. Who are funny and caring and flawed and sometimes selfish, but still worthy of love. Still worthy of narrative. As a trans woman, I’m excited to take steps to move past telling stories that seem to just be arguing for our basic humanity. My hope is that ‘Queer as Folk’ is one such step.”

Of the main cast, Devin Way is Brodie, a charming and sometimes chaotic commitment-phobe; Fin Argus is Mingus, a cocky high schooler whose confidence belies their lack of real world experience; Jesse James Keitel plays Ruthie, a trans, semi-reformed party girl who is struggling to grow up; CG is Shar , a non-binary professor navigating the rocky transition from punk to parenthood; Johnny Sibilly is Noah, a successful lawyer who is not as put together as he seems; and Ryan O’Connell is Julian, a pop culture nerd with cerebral palsy who is ready for some independence. 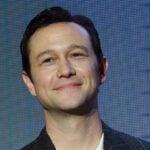 Executive producers are Lee Eisenberg, Emily Brecht, Russell T. Davies, Nicola Shindler and Louise Pedersen on behalf of All3 Media International, which distributes the format and the original British series produced by Red Productions for Channel 4. Brian Dannelly is executive producer/directer. The Studio is UCP, a division of Universal Studio Group.