Rachel Campos-Duffy, an alum of MTV reality show “The Real World,” has been named the new co-host of “Fox & Friends Weekend.” She replaces Jedediah Bila.

Campos-Duffy will join Pete Hegseth and Will Cain on June 12, when she’ll become the only Hispanic woman to co-host a cable news morning program.

Additionally, Lawrence Jones will take on a new position as enterprise reporter for the “Fox & Friends” franchise, the network said, and will continue to fill in as co-host of both the weekday and weekend editions of the show. 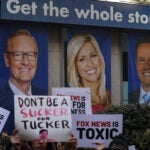 Over the weekend, Fox News Channel parted ways with Bila. “We have mutually and amicably parted ways with Jedediah Bila and wish her all the best,” the cable news network said in a statement. “The new co-host of ‘Fox & Friends Weekend’ will be named soon.”

Well, we’ve got that now.

“Thank you to the Fox News reporters, anchors, contributors, and producers who have been an absolute pleasure to work with these last few years,” Bila said at the time of her departure. “To the viewers who supported me throughout my journey there — I’m deeply grateful for you and hopeful you’ll join me on my next adventure. I’m really excited for what’s to come.” 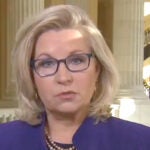 Back to this morning… “The success of ‘Fox & Friends’ can be attributed to the program covering stories Americans care about with relatable co-hosts and reporters they can trust,” Fox News Media CEO Suzanne Scott said in a statement on Monday. “Over the years, our audience has connected with Rachel and Lawrence through their frequent guest appearances and as fill-in hosts on the curvy couch. We are delighted to name them permanent fixtures on our signature morning franchise.”

“The ‘Fox & Friends Weekend’ team is amazing and I look forward to hosting alongside my friends, Pete and Will every Saturday and Sunday,” Campos-Duffy said. “I am confident we’ll continue to deliver the No. 1-rated cable news morning show in America.”

“I am excited to take on a new role as enterprise reporter across the ‘Fox & Friends’ franchise and continue my feature reporting on the ground, following the news wherever it may take me,” Jones said. 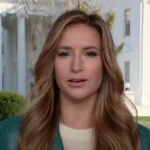 Campos-Duffy joined FNC as a contributor in 2016 and has been a regular guest host on “Fox & Friends,” a panelist on “Outnumbered” and a recent rotating host on “Fox News Primetime” at 7 p.m. ET.

Campos-Duffy is married to fellow MTV alum and former U.S. Representative Sean Duffy. She is the mother of nine children.