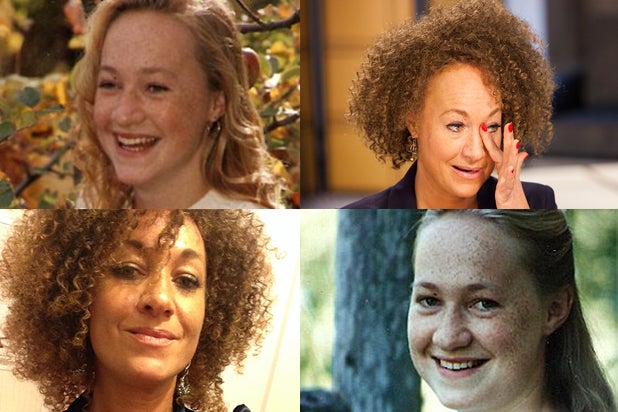 Rachel Dolezal has amassed no shortage of detractors in recent days. But nationally known scholar Boyce D. Watkins, Ph.D. isn’t one of them.

The social commentator and Scholar in Residence in Entrepreneurship and Innovation at Syracuse University said that instead of criticizing Dolezal, perhaps the former Spokane, Washington, NAACP chapter president should be praised for her civil rights work.

“She’s deeply invested in the black community. That’s really what bothers me about it; I looked at her track record, and she’s really into this,” Watkins told TheWrap. “She’s teaching about black culture, she understands the subtleties of the black experience, she’s raising black children, she married a black man, she’s going to work for the NAACP. She does more for the black community than 99 percent of the black people that I know. And I know a lot of hard-working black people. So I can’t fault her for this, I just can’t.”

Dolezal has been the subject of massive public scrutiny since last week. Over the past few years, Dolezal has presented herself as African-American. But her Montana birth certificate lists both of her parents as Caucasian. Her parents have said in recent interviews that the disgraced civil rights leader is of German and Czech ancestry with traces of Native American. But she’s not black.

Speaking to CNN last week, Dolezal’s father, Lawrence Dolezal, said, “We do not understand why she feels it’s necessary to misrepresent her ethnicity.”

In interviews with NBC News this week, Dolezal contended that she identifies as black, saying, “I am definitely not white.” She also declared that there’s “no biological proof” that Larry and Ruthanne Dolezal are her actual birth parents.

But Watkins thinks too much is being made of Dolezal’s race.

“When I look at her, you really can’t tell me that she’s not a black woman,” he said. “Let her be a black woman, it’s not going to hurt anybody. I don’t see where she’s hurt black people as much as she’s helped us.”

Watkins did allow that Dolezal identifying herself as multiracial on an application for a volunteer police oversight commission could pose a “little bit” of a problem, but cited a greater societal failure to more clearly identify race.

“I don’t really know if we have a clear standard of what it is to be black. Blackness is something that we created and something that we’ve failed to carefully define,” he said. “We have a black president who is half-white, but everyone calls him a black man. I don’t think that anybody knows exactly what it means to be black.”

Other experts were not nearly as understanding as Watkins. Marybeth Gasman, a professor of higher education in the graduate school of education at the University of Pennsylvania, flat-out accused Dolezal of dishonesty with regard to her race.

“She lied about her identity and many details of her life,” Gasman, who counts Africana Studies among her focuses, told TheWrap.

Gasman also didn’t buy the possibility that Dolezal could identify as black without actually being black.

“I think it’s possible to feel more comfortable being a part of cultures other than your own or feeling akin to other racial and ethnic groups,” Gasman allowed. “But, one has to be respectful and open to learning about cultures that are not their own. Pretending to be something you’re not is not respectful.”

Stephen Rich, a law professor at the University of Southern California and an expert on cultural diversity, discrimination and race relations, also expressed concerns about Dolezal’s integrity.

“My understanding of what the NAACP’s position is on this is that race is not an issue, that it’s not a qualification for her position. That may very well be, but lying about one’s race is different,” Rich said. “It tends to show that a person maybe doesn’t have the sort of character of someone that you want in a leadership role.”

In an interview Monday night on CNN, Dolezal’s parents questioned her sanity. “Many of the things she’s done are not rational, and a normal, sane person wouldn’t have taken the approach that she has taken,” her father Larry Dolezal told Don Lemon.

However, Watkins suggests that she might have “not so much a mental illness, but a mental issue.” Citing Dolezal’s distant relationship with her parents and reports that her brother may have been sexually abusive, Watkins offered, “Some traumatic experience maybe has shaped her that makes her a little bit different than the rest of us.”

Even so, Watkins said, Dolezal has an opportunity to provide a teachable moment on race to society if she’s willing to fully reveal her story.

“I wouldn’t have a problem if she were on the speaking circuit to really explain in detail what her experience was, and why she sees the world the way she does,” Watkins said. “For her benefit, she needs to do a lot of talking, and she’s smart enough to do that. She’s a professor, so she can hopefully explain herself pretty well. And people can learn from that.”