Why wasn’t “West Side Story” star Rachel Zegler invited to this Sunday’s Oscar ceremony? While it’s a mystery to her and her fans, there may be a fairly simple reason.

A source who’s involved with this season’s awards campaigns tells TheWrap that Zegler’s role in Disney’s live-action “Snow White” in London is “another layer” to the story.

She was able to attend the BAFTAs and the Critics Choice Awards, which had a London component this year, on March 13, but to fly her back to Los Angeles might jeopardize “Snow White,” something Disney isn’t keen on, the insider says. Shutting down an entire production would indeed be a major setback, if she were to get sick. 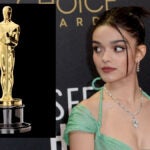 Never mind that the BAFTAs are now being credited as a COVID super-spreader event, with “Belfast” nominees Kenneth Branagh and Ciaran Hinds among those testing positive.

Other “layers” to the story: There are fewer seats available this year due to COVID distancing protocols. And despite the fact the Steven Spielberg film is up for Best Picture, that doesn’t mean its lead actress is automatically invited, unlike costar Ariana DeBose, who is nominated for Best Supporting Actress.

However, that doesn’t explain why Zegler herself is in the dark about her missing invitation. Why wouldn’t the studio just tell her? 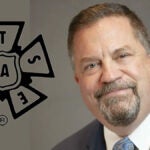 At least she won’t be the only one watching from her couch this year. According to the awards campaigner, “West Side Story” isn’t the only film that won’t have the entire cast on hand to represent it. The four main actors in “The Power of the Dog,” will all be there, but they were also all nominated. It’s unlikely, however, you’ll see the entire casts of fellow Best Picture nominees “Dune” and “Nightmare Alley” on Sunday night either.