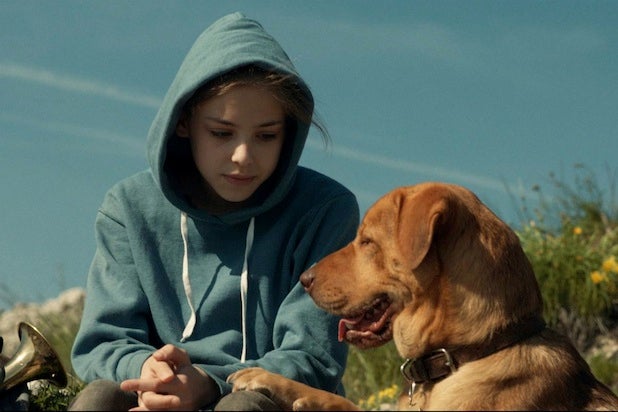 Focusing on a dog who organizes the strays and mutts of Budapest to rebel and turn on their masters, Hungarian director Kornel Mundruczo’s film won raves for the way it uses what could be a horror-movie scenario to create a potent metaphor for class oppression.

Australian actor David Gulpilil, who made his debut in “Walkabout” about 40 years ago, was named the section’s best actor for “Charlie’s Country.”

Un Certain Regard is typically devoted to films that are more adventurous than the films in Cannes’ main competition, with an emphasis on young and first-time filmmakers. This year’s selection was made up of 20 films, including Mathieu Amalric‘s “The Blue Room,” Jessica Hausner’s “Amour Fou,” Ned Benson’s “The Disappearance of Eleanor Rigby,” Lisandro Alonso’s “Jauja,” Pascale Ferran’s “Bird People,” Asia Argento’s “Incompresa” and Ryan Gosling‘s controversial debut feature, “Lost River.”

The Palme d’Or and other major Cannes awards will be announced by the main competition jury at an awards ceremony on Saturday.