Sen. Rand Paul’s YouTube account was suspended Tuesday after he posted a video questioning the effectiveness of masks in stopping the spread of COVID-19. This is the second coronavirus video of the senator’s that YouTube has removed in keeping with its guidelines: “YouTube doesn’t allow content about COVID-19 that poses a serious risk of egregious harm. YouTube doesn’t allow content that spreads medical misinformation that contradicts local health authorities’ or the World Health Organization’s (WHO) medical information about COVID-19.”

On Twitter, Paul confirmed his suspension, writing, “A badge of honor . . . leftwing cretins at Youtube banning me for 7 days for a video that quotes 2 peer reviewed articles saying cloth masks don’t work.” 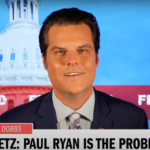 Also Read:
Matt Gaetz Rants That Fox News Is ‘Not What it Used to Be,’ Accuses Paul Ryan of Canceling Lou Dobbs (Video)

He told his followers they could find the “banned video” at Liberty Tree, a libertarian website. Paul announced the creation of Liberty Tree earlier this month, urging conservatives to flock there but promising he wasn’t the only writer who would be contributing.

The video that was removed from his channel this time was three minutes long and cast doubt on the effectiveness of masks, though public health officials all nearly unanimously agree that masks work. The video removed a few days ago was an eight-minute-long interview he did with Newsmax, during which he said “there’s no value” in wearing masks.

His week-long suspension is what YouTube considers a “first strike.” In the next 90 days, if he gets another strike, he’ll get a two-week ban, but if he doesn’t get another strike, the first one will be stricken from his account. A third strike in 90 days will result in a permanent ban.