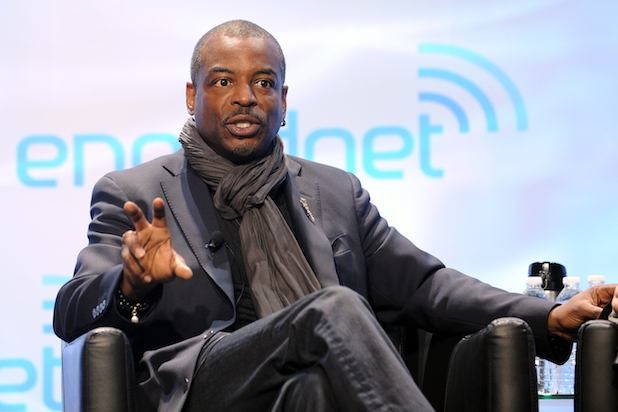 “Waking up this morning, I’m filled with such gratitude, and optimism. It seems that our little Kickstarter has been able to corral the need for something good to be affirmed in the world,” Burton said during a Reddit AMA Thursday. “I’m so happy this is happening, that I am proud to be a part of it, because it’s good, we need this. It renews my faith in humanity. That goodness does exist.”

“Our children are important, and they deserve to reach their full potential,” Burton continued. “And the fact that the original generation who was brought up on the show via television is so willing to commit to the next generation having the same opportunity has been huge for me.”

Burton is not exaggerating about his happiness and gratitude. Upon reaching the seven-figure goal, a camera captured him breaking down in tears while thanking supporters who donated to the effort to bring the former PBS educational series back for a new generation of budding readers.

Burton, who is also known for “Star Trek: The Next Generation” and lending his voice to a planeteer in ’90s environmental superhero cartoon “Captain Planet,” was game to talk about a variety of aspects about his career.

But naturally reading was the hottest topic, and a Reddit user asked for a good book recommendation.

“Right now, I am reading ‘The Goldfinch’ by Donna Tartt,” Burton wrote. “It’s summertime, and summer reading for me means escaping into a world that I can feel swept away by. And Tartt is that kind of writer for me. But you don’t have to take my word for it.”