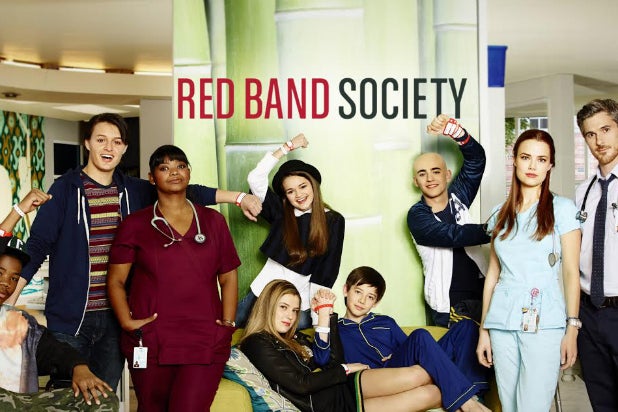 Seemingly everyone is talking about Fox’s “Gotham,” but the Batman prequel may not even be the best new show on the network’s lineup.

The on-screen Hollywood aspect of the TV series had the production cast attractive talent, but the serious nature of the plot will take them through physical changes, executive producer Margaret Nagle warned TheWrap.

For one, Dash (played by rapper Astro), is a normal, troublemaking teenager in the pilot. But due to the character’s Cystic Fibrosis, that will “change dramatically,” Nagle promised. “We decided to start them in a place and take them to the next place,” she said of the coming transformations.

Plus, Nagle added, the ailments that plague the characters were considered during casting: “Film adds 20 pounds or 10 pounds. The actress is really, really, really thin and underweight,” she stressed, referring to Ciara Bravo, who plays Emma.

That physical attribute will be explored on the show soon. “We’re dealing with [Emma’s] anorexia right off the bat in [episode] 102,” Nagle said. “It was more story than we could support in the pilot.”

During the “Red Band Society” debut episode, which premieres on Sept. 17, the child star probably in the most precarious position is the one they affectionately call “Coma Boy” (a.k.a. Charlie, played by Griffin Gluck). That character is based on Nagle’s own brother, who fell out of a moving car and was in a coma for months when they were youngsters.

In real life, Nagle’s brother survived, which is her “hope” for the TV counterpart. While the cast and crew isn’t giving it away, Nagle said, “The idea is that he’s moving in that direction.”

For now, the on-screen “Coma Boy” provides the show’s narration, a baton that will be handed off  from season-to-season.

Also read: Kevin Costner and Octavia Spencer Fight It Out in ‘Black and White’

Fox has very high expectations for the show, which is “terrifying” as Nagle admitted, adding that it “is incredibly supportive, enthusiastic and passionate. There’s nothing better than having a network committed to the work. In that [way], it’s terrifying and it’s oddly reassuring.”

Nagle sees her tweener show as having broad appeal, which she calls “The Spielberg Touch” — fitting as Steven Spielberg serves as an executive producer on the project.

The “Under the Dome” and “Extant” producer was “really involved” on the pilot, Nagle explained. “One day he came for editing and he was going to stay for 15 minutes and he stayed for six hours,” she recalled.

Spielberg also hung out in the “Red Band Society” writers’ room for an hour and went through the entire story arc for Season 1. He was also “very involved” in casting, Nagle explained.

The comatose connection is just the beginning of the art-imitating-life aspect of “Red Band Society.” Also eerie — or at least coincidental — is the fact that a writer’s assistant on the show suffers from the same heart defect as character Kara (Zoe Levin) does.

And Nagle has other ties to the scene: her cousin is a surgeon, much like Annable’s character on the debuting series. The actor took advantage of that networking opportunity, sitting in on a Carotid Endarterectomy (neck surgery) at St. Joseph’s Hospital.

“It would have killed the guy in months,” Annable recalled of the near-fatal ailment, and he’ll never forget the experience. “To see him walk out with his family, it was incredible.”

While within the plot the stakes are high and death may loom in the Fox series, Nagle insists: “The most important thing is that the show is about life and it’s about fun.

“It’s not a sad show in any way,” Nagle summed up. “We’re going for ‘My So-called Life,’ ‘The Breakfast Club.'” Those are high expectations for sure, but “Red Band Society” may just meet them.