Young French director Romain Gavras is responsible for a couple of the most controversial, shocking music video of the past few years, but he’s only just begun. 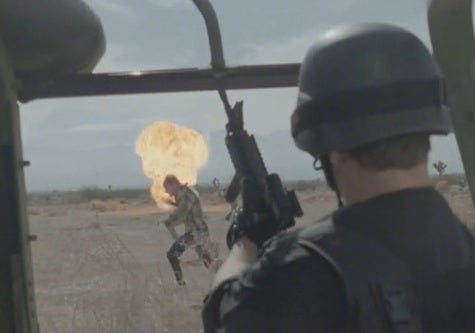 Now that his latest work, the “Born Free” video for British singer/rapper M.I.A., has been pulled off YouTube for its violence, Gavras is finishing a feature in which the oppressed minority in “Born Free” – redheads – gets its revenge.

In the video, a band of American military operatives round up and brutally execute red-headed teenagers. YouTube took the nine-minute clip down for violating its policy against graphic violence, though it can be seen on M.I.A.’s website, among other places.

The video quickly became an internet cause celebre, with Newsweek damning it as “turgid, political faux-meaningfulness” but also remarking, “Not since the days of Michael Jackson’s ‘Thriller’ have music videos been so long, cinematic, and conversation-worthy.”

But the 28-year-old director isn’t done exploring the subject of the persecution of redheads – and in his next take on the subject, apparently the “gingers” strike back. 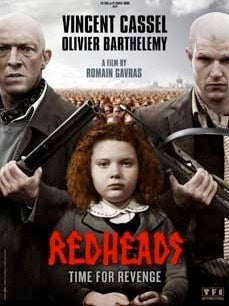 “Redheads” (or “Les Seigneurs”), a feature starring Vincent Cassel and Olivier Barthelemy, is reportedly the story of a teen who’s mocked and brutalized by his peers and his family. In the film’s synopsis at ioncinema, the teen teams up with a “loser buddy,” buys a sportscar and sets out for Ireland, “the land of redheads."

And then complications ensue: “[W]hat starts off as a search for an ideal, gradually escalates into a rampage of hate, violence and self-destruction.”

The film has a tentative release date of September in France, and was considered by some to be a possible selection for one of the Cannes Film Festival sidebars.

Gavras is the son of director Costa-Gavras, known for political films like “State of Siege,” “Missing” and “Z,” which won the Academy Award for Best Foreign-Language Film and was nominated for Best Picture and Best Director.

He is also the co-founder of Kourtrajme, a Paris-based art and filmmaking collective that specializes in low-budget, politically-charged work.

He seldom speaks to the press, but “Born Free” is not his first violent, controversial video. For the 2008 song “Stress,” by the band Justice, he created a seemingly verite clip that followed a group of young thugs around the city as they robbed and assaulted people and vandalized stores and cars.

He embraced the controversy, he told Flux.com in a rare intervierw. “For a few months, I was one of the most hated men in France, but it was fun. It was amazing free promo.”

Gavras, who told Interview magazine that his goal is “to create strong European icons,” denies that he is intentionally trying to stir things up when he makes videos like “Stress.”

“I didn’t try to do something controversial,” he insisted, “otherwise I would have put whores and Nazis in it.”