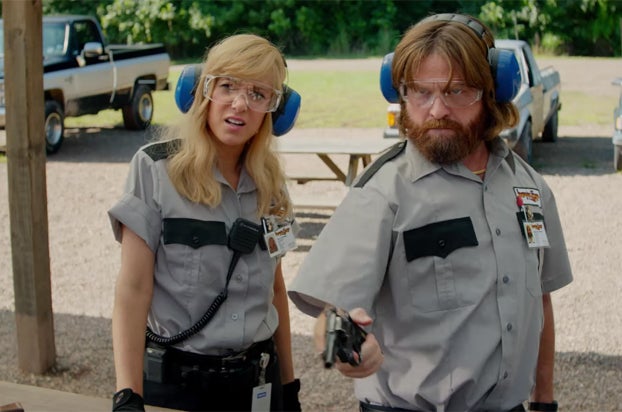 Relativity Media has moved its star-studded comedy “Masterminds” from summer to fall release as the company adjusts to a course-correcting $320 million investment from Catalyst Capital.

“Relativity Studios has rescheduled the release of its next film Masterminds to October 9, 2015, to allow the company to focus on its recapitalization and give this film the proper attention and support it deserves,” said a statement from the studio to TheWrap.

The nine-figure investment, secured over the Fourth of July holiday, is comprised of both debt securities and cash from the Toronto-based Catalyst — following a near-fatal financial crisis that thrust CEO Ryan Kavanaugh into a public battle for the company’s survival.

Catalyst acquired the entirety of Relativity’s $150 million in senior secured debt, agreeing to a one-year repayment extension for the studio behind films like “21 Jump Street” and “The Fighter,” an individual with knowledge of the deal told TheWrap.

The firm will also furnish the company with $170 million to provide temporary stability and make room for long-term plans, the individual said.

Relativity Media declined to comment on the matter. Catalyst Capital did not immediately return TheWrap’s request for comment.

Negotiations are ongoing with Relativity’s subordinated debt holders, the insider added, though they are expected to agree to the same one-year extension as Catalyst, who know holds a seat on the company’s Board of Directors.

Among the subordinated debt holders is Colbeck Capital, whose executives Jason Colodne and Jason Beckman recently resigned their board seats after an alleged clash with Kavanaugh over money troubles.

A May 22 report in the New York Post that said Kavanaugh, who founded the company in 2004, was struggling to raise $200 million to pay off debt that was due in less than a week. The story added that if he couldn’t secure the funds before May 31, Colbeck and several other debt holders would seize control of the studio and oust him.

“The New York Post story is inaccurate. Under Ryan Kavanaugh‘s leadership, Relativity has successfully recapitalized its balance sheet by refinancing its existing debt and raising additional capital in the form of debt and equity, and the company is well-positioned for long-term growth,” the company said.

Colodne and Beckman joined the Relativity board in 2012 after Colbeck was integral to a $350 million debt financing deal with Relativity that that the studio used to fund films and expansion.

Since that time, however, Relativity has failed to generate a breakout hit. That’s due in part to its risk-mitigating, narrow profit-margin releasing strategy, designed to score via singles and doubles with low-budget films rather than home runs.

Its highest-grossing movie since then has been “Safe Haven,” the Nicholas Sparks adaptation released in February 2014 that took in $71 million domestically.