The Roku Channel has set a release date for its upcoming original comedy “Reno 911! Defunded.” The series will premiere on February 25.

While the series promises the same level of mischief as its predecessor, the deputies are also facing a new set of obstacles. The series description reads:

It’s 2022. Crime is on the rise, but one city is never short on heroes. Reno’s finest are back and this time they’re facing their biggest challenge yet –they’ve been defunded! No budget. No back-up. No problem for your favorite top cops as they return along with a squad room full of guest stars for a season low on resources and high on chaos. 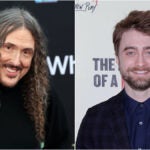 In addition to the series’ premiere date, The Roku Channel also released a trailer for the upcoming season that gives a glimpse at how the deputies plan to become a “friendlier face” for the city after being defunded, which includes learning about white privilege.

“’Reno911!’ is one of the funniest comedy TV shows ever made and we could not be more excited to release a brand new, supersized, never-before-seen season as a Roku Original. Prepare to laugh!” Colin Davis, head of scripted originals at Roku said in a statement. 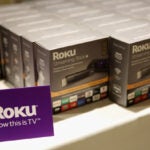 The series is produced by MTV Entertainment Studios.