Rich Moore, director of “Zootopia,” “Wreck-It Ralph” and “Ralph Breaks the Internet,” is joining the team in an exclusive, multi-year overall deal. Under the new pact, Moore will create, develop and produce original animated features for the studio.

After leaving Disney in 2019, Moore did a brief stint at Sony Pictures Animation. The only feature he helped with, last year’s “Vivo,” was released directly to Netflix.

The move to Skydance Animation sees Moore reuniting with his old boss, former Pixar and Walt Disney Animation Studios chief creative officer John Lasseter. Lasseter took a six month sabbatical from Disney and Pixar in 2017 after sexual misconduct allegations emerged; he was ultimately never rehired (he consulted until the end of 2018). In January 2019, Lasseter was hired to head Skydance Animation, which then had an exclusive deal with Paramount and is now in partnership with Apple TV+.

Moore’s hiring comes in the wake of the announcement that Skydance Animation will produce Brad Bird’s “Ray Gunn,” a long-held passion project for the “Tomorrowland” filmmaker that was originally developed at Warner Bros. Animation before he made his beloved “The Iron Giant.” Bird, of course, wrote and directed “The Incredibles,” “Ratatouille” and “Incredibles 2” for Pixar. 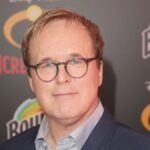 Skydance really is beefing up their roster between these high-profile hires. Their first animated feature, “Luck,” directed by Peggy Holmes (who had previously worked with John Lasseter on a pair of direct-to-video “Tinker Bell” animated features) will premiere August 5, 2022 on Apple TV+. Their next feature, “Spellbound,” is directed by Academy Award-winner Vicky Jensen and has new music by Alan Menken. Add to that list forthcoming projects by Bird and Moore and it’s clear that the upcoming slate of Skydance Animation movies is aiming to rival the other major animation studios in town.

Before joining Disney, Moore was one of the original directors on “The Simpsons,” helming classic episodes like “Stark Raving Dad” and “Cape Feare” (he also won an Emmy for “Homer vs. Lisa and the 8th Commandment”). He also worked on “Futurama,” winning another Emmy for the outstanding “Roswell That Ends Well” episode.

In addition to directing features at Disney, Moore was also part of the so-called Story Trust, advising on films like “Moana,” “Frozen” and “Tangled.” For “Zootopia” he won the Academy Award for Best Animated Feature and for the two “Wreck-It Ralph” movies he was nominated. Moore was also the voice of Sour Bill in both “Wreck-It Ralph” films.

It’s unclear what happened at Sony Pictures Animation and why Moore’s tenure there was so brief. Hopefully there will be new Moore-backed project announced at Skydance Animation very soon.