MTV has picked up a third “Ridiculousness” spinoff.

Comedian James Davis will host the show, which promises “the cutest, snuggliest and most adorable clips ever,” according to the series description. “But don’t worry, it’s not all fluff… cute kids will turn sour, fluffy dogs will attack and little old ladies may just curse like a sailor – these are adorable clips with a bite.” 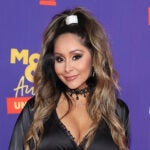 MTV will debut “Adorableness” with back-to-back episodes at 7 p.m. ET/PT every night for the week starting Monday, July 19. Watch a trailer above.

The show, as well as the rest of the “Ridiculousness” franchise, is produced by Thrill One Media and Gorilla Flicks.