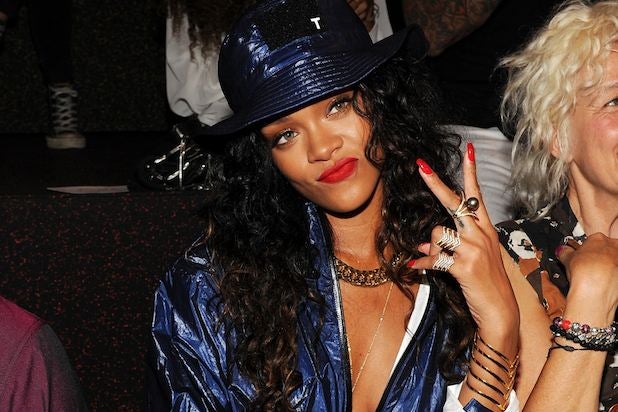 Rihanna had harsh words for CBS after the network pulled her song from “Thursday Night Football” last week while devoting the pre-game show to report on the NFL’s Ray Rice’s domestic violence controversy.

CBS you pulled my song last week, now you wanna slide it back in this Thursday? NO, Fuck you! Y’all are sad for penalizing me for this.

It sounds like CBS is hoping to recycle the segment it had originally planned to air before pivoting to “CBS This Morning” anchor Norah O’Donnell’s coverage of the Rice fallout with the Baltimore Ravens.

The opening segment was to feature narration from actor Don Cheadle over a rendition of Jay-Z’s “Run This Town,” which features Rihanna.

A separate comedic skit had also been scrapped in favor of more serious reporting.

“It’s important to realize we are not overreacting to this story but it is as big a story as has faced the NFL,” CBS Sports CEO Sean McManus told Sports Illustrated last week. “We thought journalistically and from a tone standpoint, we needed to have the appropriate tone and coverage. A lot of the production elements we wanted in the show are being eliminated because of time or tone.”