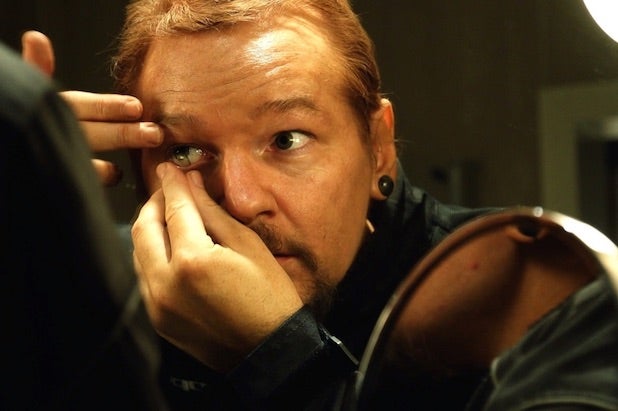 The Julian Assange documentary “Risk,” which came to the Cannes Film Festival’s Directors Fortnight section on Thursday, was supposed to be the end of director Laura Poitras’ trilogy about the aftermath of 9/11. The trilogy began with “My Country, My Country” in 2006, and also included “The Oath” four years later.

But along the way, Poitras got sidetracked: Her contact with National Security Agency whistleblower Edward Snowden, which took place while she was making “Risk,” sent her on a detour that resulted in the Oscar-winning documentary “Citizenfour” and put the Assange project on temporary hold.

Since then she has gone back to the Assange and WikiLeaks beat, with “Risk” the fruit of what turned into a six-year look inside the fugitive publisher and his globally controversial organization.

Unlike “Citizenfour,” which had as its centerpiece the intensely dramatic footage of Snowden telling his story for the first time in a Hong Kong hotel room, “Risk” provides us with inside glimpses, not big events.

It is an intimate study of an elusive figure who refused to cooperate with previous filmmakers, including Alex Gibney (“We Steal Secrets”), a partial portrait of the man who founded an organization that has released thousands of pages of documents exposing U.S. government excess, but also a look at other principals in WikiLeaks, who have come under fire from government who don’t like having their secrets spilled.

(Poitras herself is one of those who live under the watchful eye of the U.S. government: at one point, an FBI agent identifies her as “a documentary filmmaker who is known to be anti-U.S.” in an audio clip leaked to the director and played in the film.)

The film’s revealing moments include Assange on the phone with the State Department to warn them that a news organization was going to release the encryption key that would make public unredacted diplomatic cables (“we don’t have a problem, you have a problem,” he explains); putting on makeup before a TV appearance while watching a dog video on his computer; taking meetings in an ill-fitting bathrobe inside the Ecuadorian embassy in London, where he’s lived under threat of arrest and deportation for four years; and doing a video interview with Lady Gaga, who looks at his surroundings and says, incredulously, “it’s like you’re in college — where do you sleep?”

In that same interview, Assange stubbornly resists Gaga’s attempts to get him to share his emotions. “I’m not a normal person,” he says. “Why does it matter how I feel?”

Facing a subject who wants to talk politics, not feelings, Poitras has her work cut out for her. This is not a character study of Assange, though you can certainly study his character from the glimpses she provides. Rather, it’s a valuable study of the enormous pressures put to bear on the entire WikiLeaks team, and on others — like Poitras herself — whose actions on the side of transparency put them in the sights of powerful government forces.

“Risk” is more scattered and diffuse than her previous films, but that makes sense when you’re dealing with the worldwide reach of an organization devoted to exposing secrets that governments want to hide, and with the all-encompassing efforts of governments to keep doing it.

Four films into Poitras’ “trilogy,” there’s no end in sight.