“Riverdale” actress Madelaine Petsch and pop and R&B star Chlöe Bailey, one half of the duo Chloe x Halle, will star together in a psychological thriller called “Jane.”

“Jane” will be produced and financed by Creator+, a new content studio and distribution platform making its first feature-length film. Production aims to begin at the end of July in Albuquerque.

Petsch and Bailey will be joined in the cast by Oscar winner Melissa Leo, Ian Owens, Kerri Medders, Nina Bloomgarden and model Chloe Yu. Sabrina Jaglom is making her directorial debut on “Jane” and also co-wrote the film with Rishi Rajani. 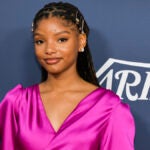 “Jane” centers on a seemingly perfect high school senior, Olivia, who struggles with grief from the recent loss of a friend. When she gets deferred from her dream college, she begins to spiral and experiences a series of increasingly frightening panic attacks. In an attempt to regain some sense of control, she embarks on a social media-fueled rampage against those who stand in the way of her success. But as things escalate, she is forced to confront — and ultimately embrace — her darkest impulses in order to get ahead.

“Mental wellness and anxiety issues for young adults are more prevalent than ever. ‘Jane’ resonated with me because it grapples with the perils of these uncomfortable and often taboo topics,” Petsch said in a statement.

“Complicated female characters of this age are rarely featured at the center of their own stories, free of the whims of adults or their male counterparts,” director Jaglom added. “Furthermore, mental health concerns are so rarely taken seriously in young adults, particularly high functioning ones. I hope this film sparks conversations around these topics while treating the viewer to a dark, thrilling ride.” 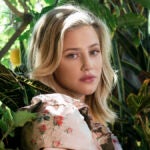 “Creator+ is reimagining how stories are developed and told through the eyes of Gen Z. We’re thrilled to partner with Madelaine, who perfectly blends the worlds of traditional entertainment with a large online presence to tell great stories,” Wescott said.