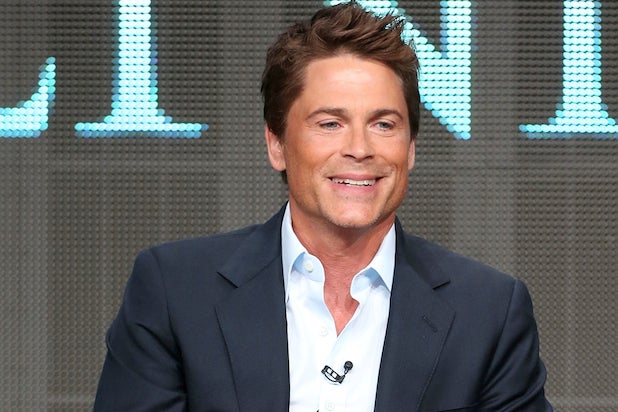 Rob Lowe has scored a significant role in the Cameron Diaz and Jason Segel comedy “Sex Tape” — though it sounds like he’ll be keeping his clothes on this time around.

The 49-year-old actor  is set to play a mysterious, high-strung toy company CEO who accidentally gets hold of a sex tape the husband-wife pair Segel and Diaz make to rejuvenate their marriage, an individual familiar with the casting told TheWrap.

Lowe should bring some unique insight and authenticity to the film, as he was the victim of a sex tape scandal in the late ’80s when a video emerged of him having sex with two women — one 22, the other just 16 — whom he met at a bar the night before the Democratic National Convention in Atlanta. Another portion of the same leaked tape featured Lowe sharing a young woman with another man inside a Paris hotel room.

Although the sex tape did severe damage to his career, Lowe told Oprah Winfrey during a 2011 interview that the nightmare scenario was “the greatest thing that ever happened” to him because it led to rehab, which resulted in over two decades of sobriety.

“It’s almost quaint to think about now, because now people do sex tapes to help their careers,” Lowe joked at the time.