Robert De Niro has joined Sebastian Maniscalco in “About My Father,” which will loosely be based on the stand-up comedian’s life and his relationship with his father, Nathan Kahane, president of the Lionsgate Motion Picture Group, announced on Wednesday.

Laura Terruso (“Work It,” “Hello, My Name Is Doris”) is directing from a screenplay by Maniscalco and Austen Earl. De Niro will play Salvo, Sebastian’s father. The official logline reads: “In the film, when Sebastian tells his old-school Italian immigrant father that he is going to propose to his all-American girlfriend, Salvo insists on crashing a weekend with her tony parents. Though cultures clash and it seems that the two families have nothing in common, by the end of the weekend, they’ll be la famiglia.”

De Niro and Maniscalco first appeared together in Martin Scorsese’s “The Irishman.” 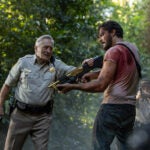 Also Read:
Robert De Niro Thriller ‘Wash Me in the River’ Acquired by The Avenue for 2022 Release

Depth of Field’s Chris Weitz, Paul Weitz, and Andrew Miano are producing, while Judi Marmel will serve as executive producer.

“The way Sebastian talks about his father, Salvo sounds to us like the type of guy who thinks that Robert De Niro should play him in a movie. So we thought, why not?” Kahane said. “Actually, Robert De Niro is incredibly selective about the projects he chooses, so we are thrilled that he responded so strongly to this hilarious and heartfelt screenplay. He’ll make a fantastic and funny pairing with Sebastian and we can’t wait to start production later this year.”

James Myers and Chelsea Kujawa are overseeing production for the studio. Phil Strina negotiated the deal on behalf of the studio. 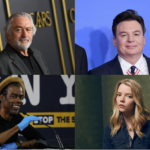 De Niro most recently starred in “The War With Grandpa,” and his upcoming films include Scorsese’s “Killers of the Flower Moon” and David O. Russell’s untitled film. He is represented by CAA.

Maniscalco gained worldwide following through his standup, including his specials “Sebastian Live,” “What’s Wrong with People?,” “Aren’t You Embarrassed?,” “Why Would You Do That?” and “Stay Hungry.” In addition to “The Irishman,” Maniscalco starred in in the Academy Award winning “Green Book,” and just wrapped production on an upcoming Ray Romano film. Maniscalco is represented by UTA and Levity Entertainment Group.

Terruso is represented by CAA and Industry Entertainment.