His son revealed “dad passed peacefully in his sleep after years of enduring the ravages of Parkinson’s” on Tuesday night. Downey Jr. noted that his father “remained remarkably optimistic throughout” his battle with Parkinson’s.

He went on to share a tribute to his step-mother, Rosemary Rodgers-Downey, who he called “a saint” and offered his thoughts and prayers. 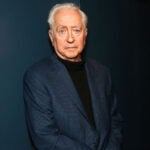 “According to my stepmom’s calculations, they were happily married for just over 2000 years,” his son said.

American journalist Bilge Ebiri shared his tribute to Downey Sr. on Twitter, calling him a “pioneering underground filmmaker” and “a true original.”